Top city comedians Madrat and Chiko who have hardly had a show of their own in a long time are back with a major tour dubbed Nseko Buseko Season 2 come next month.

They will start with a VIP and corporate show at Imperial Royale come the 27th of July, head to Satelite beach Mukono the following day and will be at the famous Tavern Woods bar in Rubaga a day later on the 29th of July.

The comic duo were part of the group of artistes and celebrities that were on Bryan White’s entourage that followed him as he did community activities through his Bryan White foundation but later fell out with the young money bags over what they called disrespect.

The duo will have a number of fellow comedians and other entertainers including musicians and Emcees led by Alex Muhangi and Janzi band that will back them up as they do their first comedy tour in a very long time.

Singer Lydia Jazmine has asked Uganda Communications Commission to scrap STar TV's 'Wolokoso' show over cyber-bullying. It all started when... 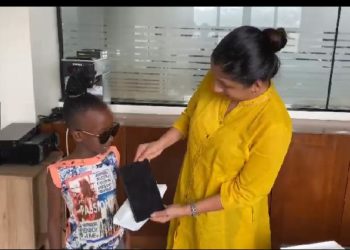 Child rapper Felista di Superstar is over the moon. Her sponsor at Kampala Parents School, have donated an iPad to...