by watchdog
in Showbiz
4 0

Kyle who has been has been renting in Bweyogerere, a city suburb last week was seen confused, no where to go as he was evicted from his double room rented house for failure to pay shs 150,000 only.

Last year,Urban TV canceled his contract and ever since then, life has been a living hell for the faded star.

Due to hardships, Kyle resorted to marrying a Zambian sugar mummy but still the relationship didn’t last for long, the young man was chucked thus rendering his life miserable.

According to Howwe.biz, on several occasions, Kyle was seen footing from  Jinja road to Nakawa to get cheap taxis to Bweyogerere.

Apparently , Kyle’s official job is to pimp women and he also owns a sex whatsapp group as one of his investments. 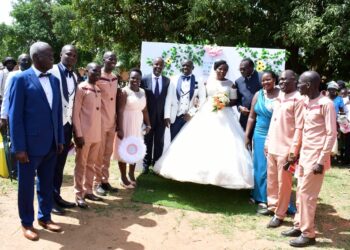