by watchdog
in Agriculture
6 1
ShareTweetSendShare

Ugandan President Yoweri Museveni has advised dairy farmers in Uganda’s cattle corridor to carry out a clear and well-researched analysis on the prices of milk on the international market to arrive at a collective and informed decision on the price of milk in the country.

While meeting dairy farmers from the cattle corridor at his country home in Rwakitura, Kiruhuura District on Sunday, Mr Museveni observed that failure to make research and take informed decisions about the source of market for milk, will make farmers and other stakeholders take irrational and non-helpful decisions that is liable to distorting the dairy sector in the country.

The dairy sector in the country has been facing challenges pertaining to the fluctuation of milk prices to as low as Shs300 a litre, a situation that has greatly angered farmers.

President Museveni, who attributed the fall in agricultural produce to the forces of demand and supply on the international market, told the dairy farmers’ meeting that as the domestic consumption market is small, producers must churn out quality products in order to target the international market which we must access with quality products,” he said.

“Milk has a big market of US$480 billion annually. We have to access that market because our domestic market is not enough. We, however, have to ensure that we organize ourselves better and churn out high quality products to access those international markets. We also have to find a way of minimising our farm expenditure, maximise profit and be competitive on the international market”, he added.

Addressing himself to the request by the farmers to be given government subsidies in the wake of the fall in produce prices, the President stressed that it was unattainable for government to re-focus funding resources from crucial development sectors, like numerous infrastructural areas, to subsidising farmers. He added that taking such a course of action would negatively impact the economy and the country’s development agenda.

President Museveni, however, informed the meeting that he had secured a big milk and meat market in China that they should move to exploit. He stressed the need for high quality milk and beef if they have to access the Chinese market because they are not alone in marketing of the mentioned products.

He assured farmers of his determination and commitment to the promotion of dairy farming in the country with a target of 8 dairy cows per family in rural Uganda. He also assured farmers that government will continue to avail affordable agricultural loans at 10% per annum to all farmers, through the Uganda Development Bank (UDB).

Mr. Museveni said that the government, through the Ministry of Agriculture, Animal Industry and Fisheries, had ordered the procurement of better acaricides to fight ticks and tick related diseases. He assured them that tick-related diseases will soon be history.

He pledged support to local cooperatives that wish to be autonomous and start their own milk processing plants adding that funds for such ventures are available in Uganda Development Bank.

Agriculture, Animal Industry and Fisheries Minister, Mr Vincent Sempijja said the challenge of lack of sufficient market in the dairy sector also affects other areas of agriculture as well due to bumper harvests. He, however, assured farmers that government was working to access big international markets and called for calm and cooperation from them. He appealed to them to be mindful of the quality of the produce they export.

Milk producers, on their part, requested government to avail them affordable loans to start their own cooperatives and build own processing plants in order to preserve milk and access international markets. 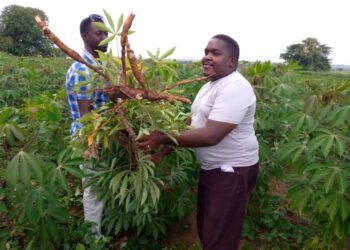 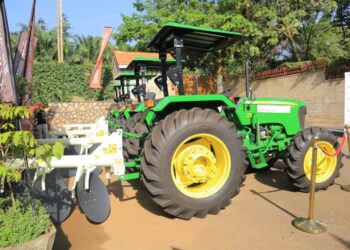