by watchdog
in Business, Finance
26 0 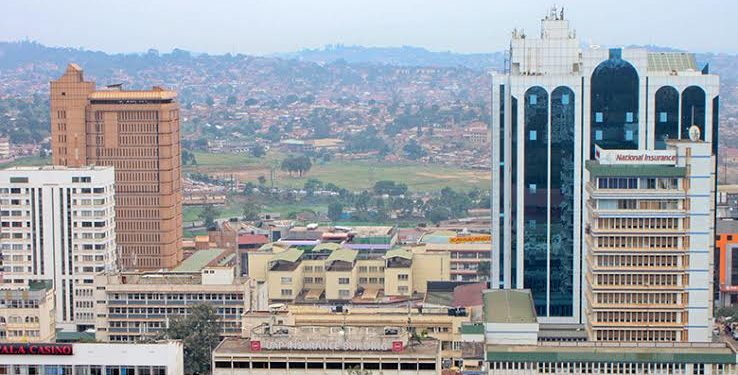 Uganda has been named among the countries that have outperformed others economically during the coronavirus pandemic.

Africa’s 54 countries now include seven of the globe’s 10 fastest-growing economies, in part because the lethal virus may have improved their competitive advantage as they accelerated their decade-long transformation from exporters of natural resources to hubs of wireless, remotely engaged commerce.

The transition to technology-driven, 21st-century business in a region where people are younger than anywhere else is reflected in the changing landscape of the 1,300 publicly traded companies that make up corporate Africa. Communications firms have become a robust presence, making up 29% of the total market capitalization of the continent in 2020 compared to 13% a decade earlier, according to data compiled by Bloomberg. Materials and energy, the region’s benchmarks since colonial times, declined to 23% from 34% during the same period.

Africa has held off the Covid-19 assault better than many developing regions. The coronavirus had receded by mid-November in some of the continent’s largest countries — South Africa, Nigeria and Ethiopia — to their lowest levels since April or May, according to data compiled by the Johns Hopkins Bloomberg School of Public Health. In contrast, Mexico earlier this month became the fourth country to exceed 100,000 confirmed Covid-19 deaths behind the U.S. (257,929), Brazil (169,485) and India (134,218) amid a recent global virus resurgence. South Africa, Africa’s sixth-most populous country, suffered 20,968 deaths among its 767,759 Covid-19 cases.

The economies of Ethiopia, Uganda, Ivory Coast, Egypt, Ghana, Rwanda and Kenya withstood the economic impact of the pandemic so successfully that they were among the world’s 10 fastest-growing in 2020. At least five of them are expected to remain in that elite growth club through 2022, according to forecasts by economists compiled by Bloomberg during the past three months. Two years ago, Africa included only three of the best performers and in 2015 it had four.

Luuka: Bobi Wine returns to district where he was arrested from to complete ‘unfinished business’

ABBEY KIBIRIGE SEMUWEMBA: The hard fact is that Museveni wishes to die a President

ABBEY KIBIRIGE SEMUWEMBA: The hard fact is that Museveni wishes to die a President