ALDRINE NSUBUGA SNR: If there was a criteria at all, no way would Bobosi beat Kambale to FUFA Male Player of the year award 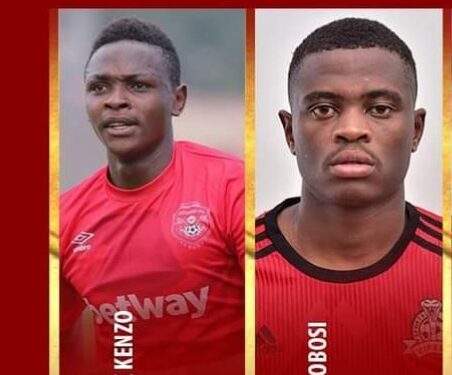 There is a storm brewing on social media over the Men’s Footballer of The Year 2020-21. What is it about?

Are fans disagreeing with Bobosi’s award? Who voted?

If most fans think Kambale deserved the award, then how did this Bobosi result happen?

Oba there was a ‘technical committee’ which voted?

If it’s the fans who voted – this award should have been called ‘Fans Men’s Footballer of the Year.’ With this kind of vote, there is no criteria. It is a popular vote which doesn’t necessarily tell the whole story. But because fans are the reason for football, you respect their choice.

If the vote was by a selected ‘technical committee’ the award should have been called “FUFA Footballer of the year award.” This then becomes the official award and there MUST be a clear criteria. This criteria must be made public.

It’s possible for the two awards to be won by the same player. But usually, the Fans vote and FUFA vote will end up with different results.

So I ask again – What is the name of this award which which was presented yesterday? If the ‘FUFA Men’s Footballer of the Year’ was voted by fans – there in lies the problem.

Such a vote is NEVER about the best player in the country. It is about the best player of that particular SEASON in question. The individual performance, consistency, achievements, impact (influence) and quality must all be taken into account. Consistency and impact are the key words for this award. Its not abiut reputation.

So people – Bobosi vs Kambale.

Was it a Fans vote or FUFA vote?

If there was a criteria at all, no way would Bobosi beat Kambale to the award. Question is – who voted? Fans rarely focus on criteria.