by Fredrick Kalyango
in Sports
26 1 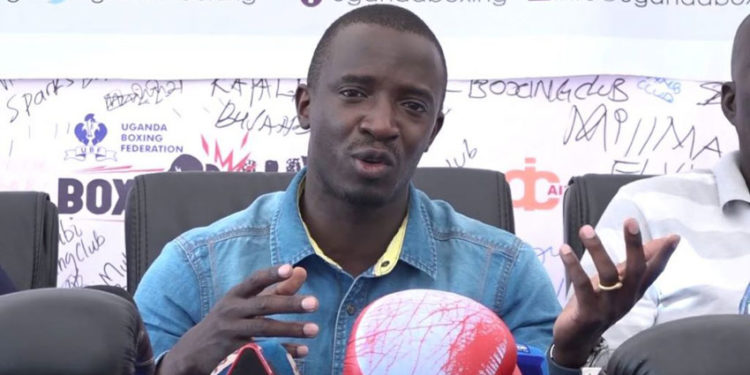 Just less than two years ago, Uganda Boxing Federation (UBF) went to polls purposely to re-germinate the diminishing glory of the boxing sport.

By unanimous decision, it was Moses Muhangi who emerged president of the Federation for the next four years in an assembly that was held at Kati Restaurant in Lugogo.

Muhangi caused a number of developments in the sport of which some are tangible-a case in point is the stable national team, operational office, re-installment of boxing in schools, improving armature boxing brand in the country hence attracting partners on board among others achievements.

Born 5th November 1984 in Mulago, Muhangi completed his primary school with Uganda Martyrs primary school in 1997 before joining Kibuli Secondary School for an ordinary level certificate of education between 1998-2002.

Muhangi had his advanced level of education studies at Kitante high school between 2003 – 2004 before joining Makere University and Uganda Christian University concurrently in 2005 for a degree in Statistics and Law respectively. He attained the former in 2008 while the later in 2009 before flying out to Jamaica in 2009 for a certificate in music production.

In 2017, he joined Law development center in Makerere for a certificate in Law and he successfully graduated last year.

Muhangi is a former politician having served as a City Councilor of Kampala Central between 2006-2011 before turning into a business man in 2011 with his audio production studio ( Gong Records) in Ntinda in addition to Gong hardware and Abraham Hardware in Ntinda and Kisasi respectively.

He is also in micro finance business with his Street Finance Company Limited majorly focusing on money lending.

Muhangi a family man with a wife and children says his early history gave him confidence for self expression.

“I spent a lot of time in Kamwokya, went to Jamaica and studied from schools like Kibuli SSS of which in all those places it was survival for the fittest which gave me confidence to fight for my rights. I don’t compromise myself wherever I see injustice and my fellow administrators need to do the same if sports are to prosper. Don’t hide the truth because you fear the outcomes because at any moment truth shall prevail,“ Outspoken Muhangi told Watchdog Uganda.

Muhangi a former armature boxer is a patron of Kibuli Mutajazi Boxing club; a responsibility he was given in 2012 and was appointed a committee member of Africa Boxing Confederation before being appointed by International Boxing Federation as an International Technical Officer for Boxing (ITO).