OPINION: The sit down strike by the Cranes was just another “Kinauganda” script

by watchdog
in Special Report, Voices
2 1

Finally even the fiercely Uganda Cranes have got it! This Country Before Self thing is too much of a burden. And why not? These lads are chips off the old log. And they have to be true to what our blessed republic has become.

It is said that if you go to steal with a baby strapped to your back, the baby will peep and pick lessons in the art of theft. Those lessons will later manifest in the future conduct of the baby. The Uganda Cranes’s sit down strike was staged in Egypt but it is a Made in Uganda thing.

President Yoweri Museveni has labored to always remind us that he is not anybody’s servant. Never mind that soon after capturing power he had denounced his predecessors for failing to be faithful servants of the people. His speeches called for a revival of the public spirit. He called corruption as a “cancer” overdue for excision. Those sentiments were for a different time. We now know that he is working for himself and his family.

Our MPs also know that there’s nothing for nothing. They insisted that the burden of consulting their constituents on the weighty issue of the age limit could not be covered by their usual allowances. The matter required a separate vote equivalent to at least one month’s pay. Parliament obliged. Each member got 29 million shillings for this extra burden of putting their fingers on the pulse of their constituents. The range of uses to which this money was applied can fill volumes of comic strips. Some MPs claimed that they had returned the money but the money had refused to leave their accounts. Others simply stayed in Kampala and announced that they know what their constituents want going by the huge margins by which President Museveni won in their localities.

The MP from the ruling party, demanded that their pockets be lined further before they lift the constitutional age limit. In addition they demanded that the five year constitutional term of parliament be enlarged to seven years. Rumor has it that some shrewd members opposed to the amendment also negotiated a package. In exchange on the day of the fateful vote they would debate soberly and not cause any fracas in the parliamentary chamber.

MPs also gave themselves free cars and a tax exemption on their allowances. If it were not for the intervention of Speaker Rebecca Kadaga, the MPs has already resolved that the internet costs for Over The Top (OTT) services would be paid for them from public coffers. Unluckily for them Kadaga was discharged from hospital sooner than they had thought. She arrived in time to scuttle the whole arrangement.

What about our illustrious senior civil servants? Of course they are also part of our society. In one curious case against an oil company, after paying $10m to a consortium of lawyers to pursue $473m in capital gains tax, they settled for $250m. Then outside the approved budget colluded in the theft of $2m under the guise of a bonus for work well done. This heist was described in antiseptic terms as a “Presidential Handshake”. The bonanza was shared by well placed people from entities including Uganda Revenue Authority (URA) and the Attorney General’s Chambers. Some support staff who spent hours photocopying documents also got a few crumbs. These people were acting in the course of their normal duties but felt entitled to something extra.

The lads of Uganda Cranes are therefore walking a familiar path. If we are to believe the official version from the Federation of Uganda Football Associations (FUFA) then the players wanted to renegotiate agreed terms. In other words, having qualified to the second round, they also expected that their bonuses would be hiked, the previous agreement not withstanding. But if we take the players’s version, then the soccer bosses were sitting on promised bonuses which were long overdue. Either way the players were simply following the bad examples I have written about, and the officials were also being cooks who never fail to lick their fingers at the expense of the diners.

As a way of keeping pupils engaged during the covid-19 lockdown, Kampala Parents School (KPS) has decided to open online... 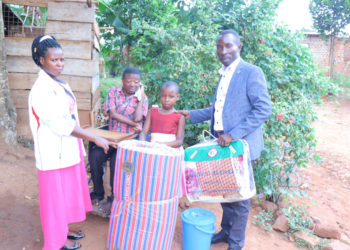 Known to many as a spiritually gifted pastor, Gideon Kabenge is one man who has struggled to transform people’s lives... 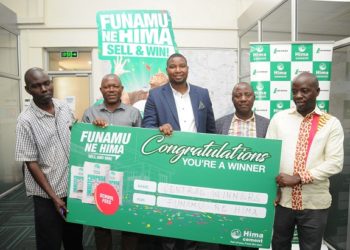