Gaddafi’s Libya was over hyped

In 2009 as Gaddaffi celebrated his 40 years in power, I was invited to visit Tripoli with a couple of other friends in the media industry. I went to the Libyan embassy in Kampala for the mandatory visa.
Sometimes I would sit there for half a day as Tripoli verified everything. It was such an experience getting one that a CEO of a top media group in Uganda gave up.

Eventually, I got the visa and had my bio page translated into Arabic afterall the long serving Gaddaffi rep to Uganda told me I may arrive there and nobody understands a thing in English. By the way all the time I went to the Libyan embassy, I would sit in his office. I think he was not a very busy man. His office had a huge TV set and was very spacious which gave an impression of wealth. Gaddaffi and his henchmen had mastered the art of showing off.

When I arrived at Tripoli international, it was like I didn’t have a visa. I spent about four hours within the terminal as one agent after another examined the visa, scrutinizing everything in my passport. You would think they had landed on details of the world’s most wanted fugitive.

At that particular time, I realized that Libya was a broken country. The toilets within the airport were broken and Tripoli to this day is the worst airport I have ever been to. And I have traveled extensively in Africa. In Juba, at least toilets worked the only time I was there. When I told my ordeal to some friends when I arrived into the capital, they said I was so lucky, they had spent 12 hours clearing through immigration. Remember we were guests of the state. The airport alone tells you everything about a country you have visited. The road from the airport and what you see beyond the tarmac as Buganda Katikkiro Charles Peter Mayiga says in his latest book Uganda:7-Key Transformation Idea confirms whether you should stay and do business or run.

The road from the airport to Tripoli was actually good (not a super highway) rather sizeable with working traffic lights. At every post there was a life size image of the Brother Leader his ruthlessness well covered under dark designer sun glasses. Probably too shy to look Libyans directly in the face due to the way he was managing their country.

A few buildings were under construction. Beyond the buildings though, it was slummy and not much different from Kampala. I had made a mistake of thinking Tripoli given Gaddaffi’s flamboyance and Media propaganda was like Dubai. I expected to see skyscrapers twisting and kissing the sky. I had expected super highways. I had expected super yachts lining the Tripoli Mediterranean seafront. I instead saw some canoe. Who puts a canoe on a sea? Only Gaddaffi’s Libya.

Libya is so near Europe and has perfect weather with a seafront that would be a dream for tourists. I saw only a couple who looked like tourists… probably girlfriends of Gaddaffi’s henchmen and deal chasers.

In the town, lots of unpaved alleys and actually unlit at night. I ventured into the Tripoli nightlife and there were lots of bars well stocked with non-alcoholic beverages. Drag racing went on unabated and everyone seemed to smoke. In contrast, protesters found millions of litres of expensive alcohol in Gaddaffi’s palaces. What was good for Gaddaffi wasn’t good for others.

Now smoking and stress are somewhat related. I am thinking it was a passtime as it was not unusual to hear gunshots throughout the night – probably Gaddaffi’s security apparatus eliminating enemies – perceived and real.

I must admit the only good thing I saw in Libya was the Corinthian Baath Hotel where I was booked. It was a five star hotel and probably frequented by the regime cronies. A few people who looked like spies would show up and try to start conversations.

I never visit a county and don’t get its English newspapers. The major Libyan English paper was being printed from Malta and shipped to Libya. That again tells you the kind of country Gaddaffi presided over for well over 40 years.

You can refer to the sanctions and the like Libya was undergoing for a very long time (again Gaddaffi’s creation by bombing international airliners killing innocent civilians). Libya under Gaddaffi was a broken country. I didn’t see all this good life people always claim Gaddaffi had created. I saw a population that was fearful. I saw a regime under panic that couldn’t even trust their own visas.

I wasn’t therefore surprised when people rebelled against Gaddaffi and his sons. For over 40 years they lived in fear as the night gunshots revealed. They lived in poverty as exhibited by the unlit alleys, extremely old poorly maintained buildings. No wonder they chased away the ‘Revolutionary’ sticking bayonets in his backside. And his last question to his tormentors was what did I do to you? The answer probably was “you messed up our future.” 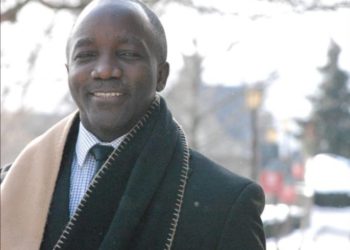