ARTHUR MUSINGUZI: Africell’s Downfall is Majorly a Result of Poor Planning, not a Reflection of the Entire Economy 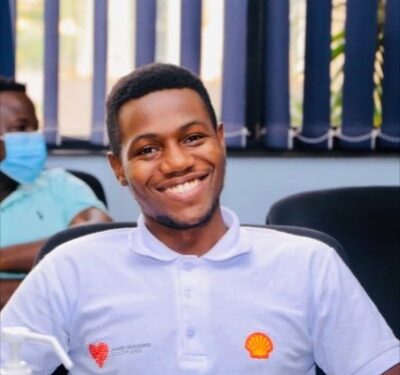 It is very heart breaking that I have to throwaway my Africell Simcard. I have been a loyal customer to Africell more than I have been in other spheres of life to anything. It has been a journey of 7 years cheap data while using the line.

I remember I was gifted my line by one of the managers who since left. I have used Africell from the time it came to Uganda. I was with it when it was still Orange Uganda in 2014 to October 2021 when it’ll be leaving.

While MTN and Airtel were still struggling with 3G internet, Africell’s 4G network was launched and was reliable unlike the rest.
It is a very sad situation especially because our data and airtime will be taken unless used. There’s also no clear telecom they are transferring us (the 3,000,000) customers. At the moment we are hanging in the air.

Much as I have been a big data consumer and customer to Africell, their biggest mistake which has in the end culminated into their downfall is poor planning. Africell only had a data-only strategy and failed to attract new clients with other added services. That alone shows a poor investment strategy. Whereas other telecoms are reaping big from mobile money services to the extent of posing a fear to banks, Africell significantly failed to market Africell Money.

Even if you put me on gun point, I can’t deceive you that I know my Africell money pin just because they didn’t market it as their product. Their poor expenditure was on marketing data service only.
I understand every economy is having a rough situation especially with the coming of COVID pandemic but the problems of Africell started since its inception. They were buried in its strategy that top management failed to change.

The consequences are now on Ugandans. I personally have friends who work in the telecom and have families to take care of and as of now are rendered unemployed. To make matters worse, the final nail in Africell’s coffin has come during the COVID pandemic which has affected economies significantly and household income for many Ugandans.

Unless you haven’t been following but Africell failed to hack the market where the likes of MTN and Airtel are swimming in milk and honey. Africell’s highly regarded business was data, but could not cut into the market share of Airtel and MTN when it came to other services.

Well, knowing Uganda is a digital baby, I don’t think they should have only positioned themselves as a ”cheap internet buffet restaurant” alone. There were other things to leverage and get their Returns On Investment.

Therefore, telecoms need to do a very good market study and research before simply entering the market.
Even as it is leaving Africell is going to be in losses because I know people who haven’t paid their ”Wewole” in form of airtime and data they borrowed and haven’t paid back yet it’s closing. There was absolutely no plan to deal with that.

Clearly, hundreds of people who have been feeding on Africell branches are going to face it rough because of the poor planning of their beloved telecom. This includes people like me who were once their Social Media Influencers in their good days and witnessed the company grow from zero to over 1,000,000 and to the now 3,000,000 plus customers.

The negative impact is big especially for those that were directly working for it right from security guards as you enter the premises, to the landlords of the premises they were renting, to the customer care people, to the front desk workers and the entire management and most importantly to us the customers.

I have come to agree with the bitter fact that if us the 3,000,000 customers were that useful, Africell wouldn’t be exiting the market. So, I have to bid farewell to the muntuwawansi telecom. It will be very difficult to get a telecom with services as good yet cheap as for Africell.