JOSEPH KABULETA: The 5 minutes that saved my life

by watchdog
in Conversations with, Op-Ed
13 0 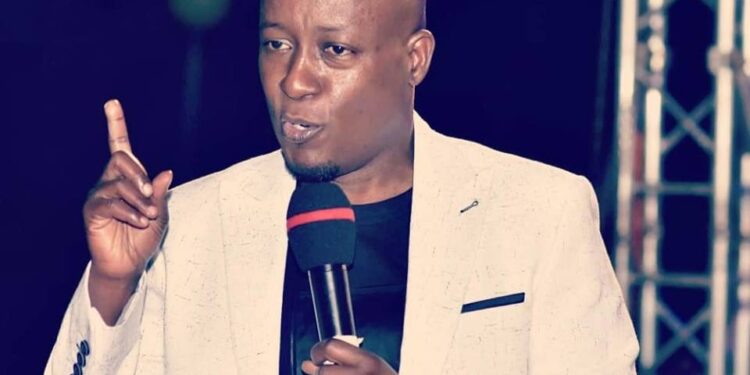 I woke up on that Tuesday morning and immediately called Kenneth Matovu to inform him that I was running a bit late but would be at office in a few minutes.

We had planned the previous night to start that day with a trip to Nile Breweries in Jinja to hammer out a sponsorship deal for Uganda Sports Press Association (USPA). But I was inexplicably sleepless the previous night and that caused me to wake up about 30 minutes later than usual. That half-hour saved my life.

“We will not wait for you,” he told me. “You must get here before we set off or we’ll leave without you”.

I was a few minutes away from office when Kenneth called to say that they were setting off.
“Oh I am just five minutes away, surely you can wait,” I pleaded.
But he was unyielding; it was so unlike him. And so, just like that, much to my chagrin, he, along with other New Vision colleagues Simon Peter Ekarot and Leo Kabunga, as well as Monitor’s Francis Batte Jr, left without me.

Kenneth Matovu is a lad I had met a few years earlier when I started my journalism career at The Crusader. He was already an established sports writer at the publication when I joined and it was his avuncular attitude that guided my first strides in journalism. He was such an effervescent character, so chatty, so full of life and an extremely talented writer. Our friendship extended beyond the newsroom. He joined the New Vision sports desk in 1998 and I followed him there a year later after the Crusader newspaper that nurtured us both folded.

At lunch time, I was still sulking over being left behind when someone from the news desk came running to the sports section. A correspondent from Lugazi had called to say there was an accident and was requesting to be called back. We all stood by.

“I can confirm that Ekarot is dead,” he said.
I screamed. We waited anxiously, still on line, until he finally broke it to us that all four were deceased, and their bodies were being transported to Kawolo Hospital.

The one word that stuck with me to this day was “body”. A few minutes prior, Kenneth was a young (26 when he died) exciting talent with the world at his behest but one motoring mistake later he was a “body”.
I marveled at the delicate nature of life. All that promise, all those wonderful dreams had come to such a sad end.

But I will never forget Kenneth Andrew Matovu, that colossus of a human being, a friend and a colleague who taught me a lot about journalism.
He died on this day, August 28, in 2001.

Twenty years later, I still remember his mobile number, I still silently laugh at his jokes and still wonder what he would be like if he was with us. Every time I drive past Lugazi, at that spot, I think about what he could have done different when saw that pickup truck heading in his direction. May be he should have stopped rather than swerved. It doesn’t matter. He had a split second to make that decision and it was a fateful one.

And every time I remember him, I am reminded that, on that morning, God used all means possible, a sleepless night, a failed alarm clock, a slow boda boda rider and even Kenneth’s uncharacteristic impatience to extend my lease on life.

And I know that God spared me for a reason. And I determined on that day to spent the rest of my life discovering what that reason is and pursuing it to the best of my abilities.

Join me as we remember a lad whose race ended before it had started in earnest.

S.6 leaver? Here are the best and worst Universities in Uganda for you