An Open Letter From Sserunkuuma John Bosco, One of NUP supporters jailed at Kitalya Prison

by watchdog
in Conversations with, Op-Ed
8 0 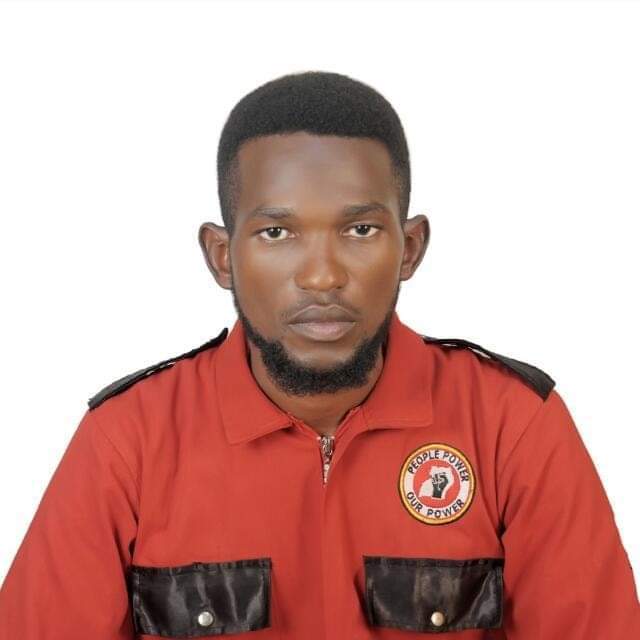 I am called Sserunkuuma John Bosco who was abducted from Nansana Parish, Nansana Division, Nansana Municipality in Wakiso District on 02/12/2020.

I am 27 years old, a student at Makerere Institute of Technology East Africa where I am was pursuing a Diploma in Journalism and Mass Communication, and where before COVID-19 I served as Guild President even during the time of abduction. I am as well the LC5 Councillor-elect Nansana West Ward to Wakiso District, which in my absence the people of Nansana still trusted me with under National Unity Platform (for the year 2021-2026). I have a family to look after and all the above responsibilities are attached to me.

On the date of 02/12/2020 like around 10:00pm in the late evening a group of people knocked my door while at my place. As a norm I first asked to confirm who was knocking at such hour. “We don’t have time for you,” they responded. After like a period of 5 minutes, I started hearing a sound of them using machines and in no time they were all inside forcing themselves into my place.

They started beating me, using guns stepping me down their military styled shoes. I could hardly bear the pain of a certain man, who was dressed up with military attire, stepping my son of 3 years. But as innocent as I was, I could do nothing to save my son and myself from these determined and armed men.

After some time of torture inside my place, they managed to tie me with ropes on my two hands and pulled me out of the house, not minding the tears of my wife and the son. On reaching outside the house I saw a vehicle, of double cabin kind, with registration number of H4DF, which is one of the vehicles/numbers used by some departments of the Uganda Peoples Defense Force (UPDF).

Inside this vehicle I found like 4 other guys tied on ropes, and I was immediately covered with a black mask on my face which disabled me from accessing/seeing anything and I could not observe even a feature right from the, they all boarded this vehicle and the vehicle started moving. They drove to a place which I could not realize that particular night. Some guy in the vehicle kept using a lot of abusing tribal language and actually accusing us for considering ourselves in the struggle, adding that we were by that time moving to a “serious struggle” which we shall even tell our grandchildren. This arrogant gentleman, who sat on the front seat of that cabin vehicle, killed our souls with his provoking, abusing and tribal words. His words killed our souls and we started counting ourselves dead and waiting for that particular time.

In like 40 minutes we reached a certain place and they pulled us out of the vehicle together with the 4 guys I found in the vehicle during the time of abduction, while they were loading me inside the vehicle. We were all tied on ropes and how they unloaded us, friends I mean how we were offloaded, it was enough a sign of what we were going to face that night if we were to remain alive.

These heartless men started dragging us while on the floor of pavers for a distance that took them at least 4 minutes. Immediately after reaching the floor of terrazzo, we heard voices of different guys talking with anger and seemingly waiting to torture us, that very moment at least 10 jerry cans of water were poured on us and they made sure that we get wet like seriously wet. As we lay in like a dam of water, these guys started beating us and accusing us of considering ourselves “in the struggle” and that we should never in life think of Kyagulanyi Ssentamu Robert being a President of Uganda. Friends, at least two days were spent on fire!!! All unspeakable things were done to us but we thank God for saving us from the hands of deadly humans. For those 2 days, in this place I found another group of people who according to them were tortured for some previous days and nothing was yet communicated to them.

On our third day in this place and while in dark mask, and on handcuffs still, we were early in the morning taken to different rooms for interrogation, and to me the issue was about the demonstrations which occurred on 18/112020 in different areas of Uganda which followed of Hon. Robert Kyagulanyi in Luuka District. After like 30 mins – 1 hour of interrogation, we were picked one by one to a certain room, some guys unmasked us and pulled a certain luggage which contained People Power attires and some with logos of NUP [the National Unity Platform] like those of berets and many others. These guys made us sit on certain chairs and gave us/each a People Power red beret with the logo of People Power on those berets, and forced each one to put it on and a certain guy with his phone taking pictures of everyone putting on the red beret.

After assembling us in a group of twelve (12) people, together with those we found in their torture chambers, in the evening of this 3rd day in this place, and after doing all the above on us, we were unmasked and it is to this point that I got to realize that we were in areas of Mbuya at the hilltop. These people started returning all our belongings like phones, money, shoes, which they had taken from us on arrival.

They prepared us like they were taking us in the Court in a very short distance we were offloaded from a very old numberless taxi-kind of vehicle which they used and in the short distance I read on some of their properties the words of “Chief Military Intelligence” (CMI) and I noticed that all this was being done by the operatives of CMI on political grounds according to the language which was used by our tormentors and the kind of interrogations that we went through.

Now before the Chairman of the Unit Disciplinary Court Martial (U.D.C.M.) who identified himself as Kabuye, charges of “wearing a red beret which resembles the one of the army/military” were read to each one of us but on a serious note none of us was abducted with such an attire. I was remanded together with other 12 torture victims to Makindye Military Prison with lots of insults from members of this Court. The same old numberless tax-kind of vehicle carried us in a very tight security to Makindye barracks where they had remanded us.

A group of UPDF doctors attended to us early in the morning of our second day in this military prison. They started nursing wounds of torture on every one of us, taking samples of blood and this medical activity continued for 10 days until when our shape was stabilized.

We were told to re-appear in UDCM on 18/12/2020 but on 14/12/2020 very early in the morning our names were read, the 12 victims of abduction and torture and we were loaded in a lorry of the Uganda Peoples Defense Force [which drove us] to the premises of the General Court Martial (GCM).

In the absence of our lawyers and our relatives, we were produced before this Court which was chaired by the one General Andrew Gutti who read the charges of wearing a beret of People Power which resembles the one of the military.

NOTE: According to these two Courts, all of us the 12 people who attended the Court that day, according to the prosecution, we were found on the same date of 18/11/2020, the day Hon. Kyagulanyi Ssentamu Robert was arrested in Luuka, and the same day demonstrations sparked around the country. But surprisingly, none of us was caught on the said date. Their operations started in late November and early December 2020 according to other abducted victims wo we met at Kitalya Mini-Max prison, where we were all remanded by this [GCM] Court. This Court remanded us in a group of 12 people from different places, some from Kireka, Mulago, and two of us who were abducted from Nansana to Kitalya Mini-Max Prison on 14/12/2020 until 4/01/2021.

You can imagine its approaching six months on this black remand, we have never gone back to the Court either for hearing or for bail application process. We have not been helped by any human rights body of this Country and they are very much aware of our abductions at least (100) one hundred people are so stranded here in Kitalya. They don’t know when to be free, and they are so much disappointed. Most of these people are below the years of forty (40).

We have families to look after. Our businesses are at stake, we can no longer afford for our rent fees. Some of us who had academic duties can no longer sustain them. Our people are already losing hope in us. Our children are not attending school because of academic fees. Our rights are highly violated and no one seems to care among the tormentors.

We are calling upon ALL human rights defenders, political activists, Parliament, the Human Rights Commission, and all peace-loving Ugandans not to be silent when all these actions are going on against Ugandans.

Please, it’s us today but tomorrow it may be you or your child if we don’t fight together when we still have a chance of togetherness. Let’s raise our voices together, at least we shall be free from this captivity and from all forms of Human Rights Violations.

For God and My Country.

The letter first appeared on the Facebook page of David Lewis Rubongoya, the Secretary General of National Unity Platform.

Rubongoya said, “Our Comrade John Bosco Sserunkuuma authored this letter from Kitalya and requested us to share it with you all! NOTE: Our legal team has done everything to secure the freedom of comrade Serunkuuma and others, but getting a date for the bail hearing is still a nightmare!”