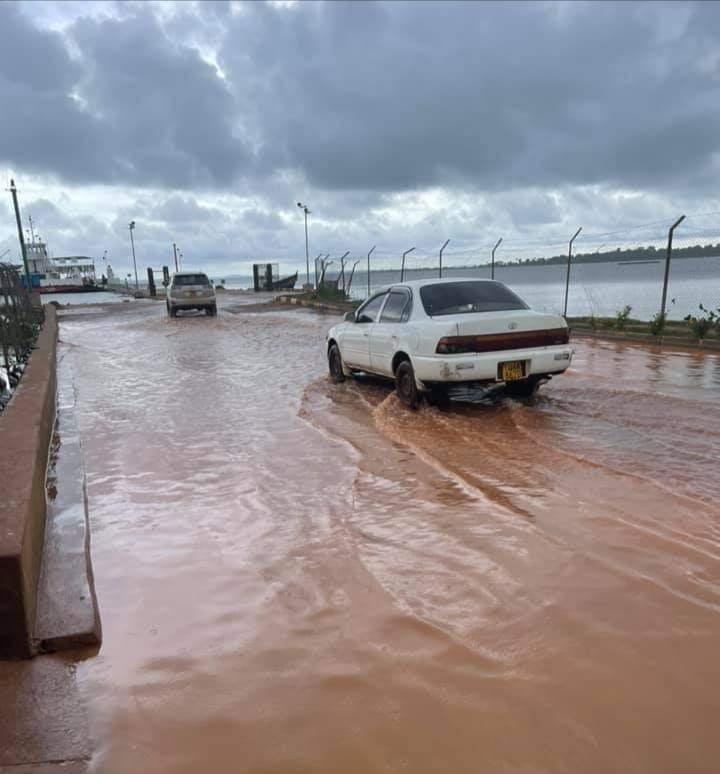 I recently visited one of the ‘resorts’ on the shores of Lake Victoria. It used to have a sand beach with grass thatched canopies where the resort’s patrons sat and sipped cocktails with exotic names. Revelers in bikinis used to roll in the sand in the name of sunbathing. The lake waters seemed far away and provided beautiful backdrops for those taking selfies without sophisticated filters.

About a year ago, torrential rainfalls washed away the sand beach leaving wooden canopies almost submerged. The patrons, when I visited only sat far away from the water, watching a lonely fisherman on a canoe, where the beach used to be.

You probably remember seeing images of the owner of a popular Munyonyo bar accessing his premises in an old fridge disguised as a boat. Whenever it rains, Kampala’s roads get flooded creating unprecedented vehicular traffic.

This week, I heard stories of somebody who woke up in the night, grabbed a basin and started a tedious job of fetching water from his bedroom. Storm water had found its way into the house. He should thank his lucky stars for being a light sleeper.

There was a joke last year that a renown Kampala businessman was the luckiest man alive — he could catch fish from his living room. This was after his palatial home on the shores of Lake Victoria was submerged in rising Lake Victoria waters.

The torrential rains and rising waters are partly a result of climate change. Our planning and implementation at all levels, therefore, should include climate smart interventions to protect our investments and most importantly lives. Would a culvert being built today be able to contain increasing water flows during its planned lifespan? How will harsh weather conditions affect a newly built road? These infrastructure projects cost lots of borrowed money.

Today, newly built infrastructure such as docking points for ferries are being submerged by rising waters on our water bodies disrupting businesses and becoming risks for travelers. In Kalangala and Bukakata, passengers have to remove shoes to access the ferries or walk a tightrope on curbstones.

Uganda is rapidly urbanizing with one of the world’s fastest growing populations. The pressure on land is massive while at the same time urbanizing areas generate tons of solid waste. Most of this waste isn’t properly disposed of thereby blocking drainages and leading to flooding of urban areas.

Urbanization in poor countries is a known cause of informal settlements and slums where climate smart interventions are hard to implement. This is set to increase the spread and burden of diseases on individual households and the public.

Greater Kampala where new housing estates are being haphazardly planned is a disaster waiting to happen. These housing estates have been left to private sector players to develop. To maximize revenues, they are parceling out land and creating slums for the ‘middle class’ at unprecedented levels.

The estates haven’t been designed with climate change in mind with narrow roads and zero spaces for drainages for storm water. Many perimeter walls being built around houses today won’t be able to last for long given our lack of planning for harsh weather events like torrential rainfalls.

The circular economy is partly a solution to solid waste management. How can we re-use and recycle most of the stuff we use? Our homes are generating a lot of waste which can be used for biogas production. But like you saw recently in a trending video, the rich have no problem driving their fancy cars and stopping somewhere to drop domestic waste by the roadside.

Poorly managed solid waste is not only blocking water channels, it is polluting the air that we breathe. Already Kampala has one of the worst air quality in the world. An increasing population is going to make it worse. Electric vehicles and mass transit systems are part of the solution.

At individual, community and government level, there is need to build climate resilient cities by putting in place intervention that can mitigate climate change and its effects.

Museveni: For now I will not put new measures against Covid-19 until next week

How Uganda's tourism sector is recovering from Covid-19 adverse effects