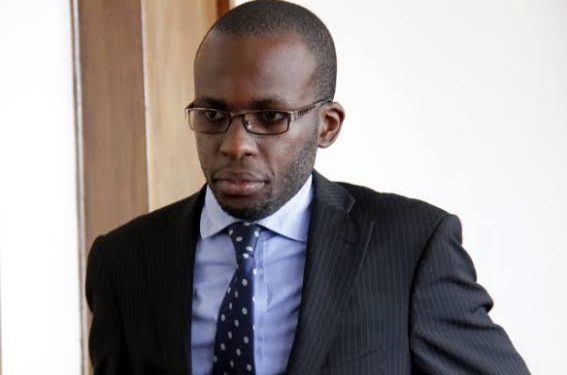 To routinely kill houseflies, cockroaches, and mice, we humans have designated ourselves as a superior species and justified our actions as “pest control”, “fumigation” and public health necessities.

We refer to these life forms as vermin, pests, disease vectors, and any other disparaging terminology that legitimizes their wanton killing and destruction at every turn.

Entire industries (from pesticide manufacturers to the equipment that deliver death to these condemned species) have been built on these notions. Myths, superstitions, and religious beliefs further entrench our claim to being a master species, “created by God to dominate and take control of the Earth and all that is in it.”

Our kind has for centuries sought to “tame” and “domesticate” other species (animals like us) on these same premises which create a derisive distinction between those that we regard as domestic, and those that we consider wild.

Domestic, because we can keep them as pets, eat them or otherwise use them for labour and other purposes we deem important for our existence and leisure. Wild because they do not conform to our narrow interests and so we hunt them for fun, for sport, create enclosures called zoos or game parks so that we and our property can remain “safe.”

It does not matter that elementary biology confirms and teaches us that each organism plays a vital role in the ecosystem and forms a critical building block in the food chain. And that rather than destroy with reckless abandon, we should exploit the resources in our common home sparingly.

Collectively, this advancement in human domination of (and capacity to destroy) the planet is referred to as the Agricultural Revolution. Over time, these human aspirations have formed the basis for the dominant mode of production called capitalism.

Ruthless, destructive, insatiable, inherently criminal, and undemocratic, the capitalist approach to life has not only taken the environment as its major victim; human beings too have been caught in the relentless dragnet.

But remember that as with houseflies, cockroaches and mice, there has to be a justification to deride, ridicule, mistreat, and even kill human beings. We must continuously use words like “bayaaye,” “hooligans,” “emihiri,” “thugs,” “emishega,” “goons,” “radicals,” “extremists” and so on in order to achieve a degree of dehumanization which then numbs the rest of the population to the suffering, mistreatment, persecution and killing of others.

Elsewhere, we Africans, perpetually labeled as an inferior race to the rest, are categorized as n*ggers.

In the service of empire, dictatorship, genocide or corporate interests, dehumanization is a vital ingredient. It is decidedly a more complex endeavour—over and above fumigation and other forms of pest control—even though, admittedly, pepper spray, water cannon, teargas, rubber bullets and live ammunition are delivered in similar fashion.

The central role of propaganda, as part of any successful war effort (whether it is an ideological or military campaign) requires an astute, sophisticated, yet comprehensible medium or mouthpiece.

Complicated enough to elicit awe and respect, but understandable enough even to those with average understanding of public affairs.

Explaining the unexplainable, defending the indefensible and justifying callous, cruel and outrightly criminal acts of (especially state-sanctioned) violence requires an incredible level of grit that takes years to muster. The ability to torture numbers and get them to say what you want (otherwise known as statistics) is a critical tool in this line of work. Political and economic domination of people, against their will, requires mental control.

In our lifetimes, we might not see anyone who embodies these traits as my friend Andrew Mwenda—gifted with eidetic memory, wit, prolific speech, literary abilities, a fine closet, and looks. It is the same counterintelligence role that Tamale Mirundi plays, except his style is meant for a different audience.

My namesake has thus been able to shift the debate from jobless growth, the scourge of dubious foreign investors, urgent questions of national debt, to the ruling elite’s preferred conversations on GDP growth, inflation rates, convoluted IMF/WB reports, mileage of tarmacked roads, and the shady revival of the so-called Uganda Airlines.

The effects of the cruel capitalist experiment that might turnout to be the NRA’s only legacy has effectively been sanitized as the egg that had to be broken to make the omelette which we are now all enjoying, thanks to the visionary and revolutionary leadership of Yoweri Museveni, his family, enablers, and hangers-on.

This is the basis for the continuous use of words like “hooligans,” “Misrata Brigade,” “thugs,” “the Great Unwashed” (often used by John Nagenda) and bogeymen like “burning down the city.”

To rationalize the shooting of over one hundred civilians in one afternoon, Museveni himself attempted a disastrous dichotomy between rioters and innocent bystanders, and thereby announced his decision to ‘compensate’ only those families whose deceased members will be deemed as deserving.

Violence is thus a core component, not an aberration, of the ruling NRA’s DNA. It however must be made palatable, if not vaguely agreeable, before it can be meted out against civilians in Luwero, our kin in Northern Uganda, Bakonzo in Kasese and Baganda in Kayunga.

Fortunately, efforts to rationalize the months-long campaign of violence that preceded last month’s botched election have all but failed to gain traction, as the wounded leopard that has become the National Robbers’ Movement roams the country with death squads in ‘drones’, leaving pain and despair in their wake.

We now know that they did not come here to liberate us from tyranny, fight disease and ignorance, much less extend the Rule of Law, or their latest obsession about building one nation under God—whatever that means!

The fight then is between the dispossessed, landless, underemployed millions and the coterie of the ruling family, together with its courtesans and praise singers who want us to be eternally grateful because kasita twebaka ku tulo (“at least we can sleep”).

In truth, they pursued anti-people policies (the IMF’s austerity programme) all these years, plundered our country and region, and now that we are demanding a fair shake, they decide to wage an undeclared civil war that features unlawful arrests, forced disappearances, abductions, torture, and extrajudicial killings.

A new society we must rebuild, with all the productive power of modern times, warm with all the fraternity of olden days, to quote Cesaire Aime.

For the above reasons, when faced by the decision to choose between the neoliberal machine and its high priests like Mwenda on the one hand, and the struggle for social justice, as envisioned (sometimes comically) by the ‘unpolished’ but authentic Muhammad Ssegirinya on the other, I choose the latter.

Legislative, oversight, representation and appropriations functions can be learnt and mastered, as Ssegirinya will. Right now, the bare minimum we need at the crossroads we find ourselves is leaders and representatives with a demonstrable public spirit, as opposed to polished hired guns with stone cold hearts, ever ready to render their services to the highest bidder.

If for no other reason, challenging the “truths” of an establishment like Museveni’s, even through ‘broken English’, is by itself a crucial political act.