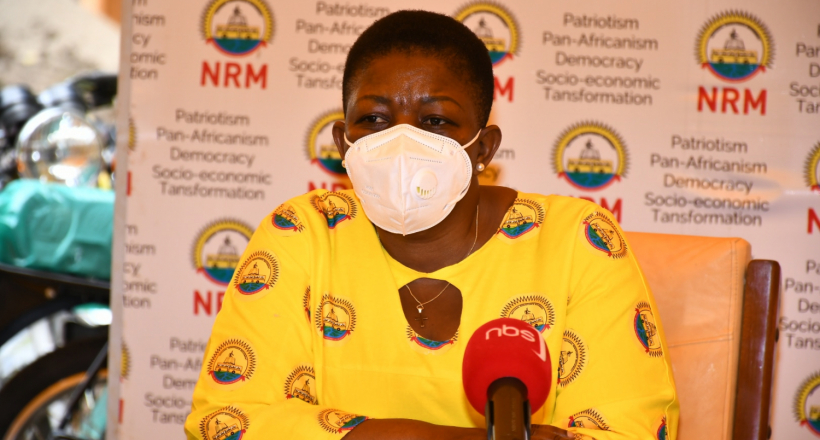 Over the past days, there have been lots of outbursts from seemingly bitter and angry NRM leaders/Mobilisers. These have accused the leadership at the NRM secretariat of embezzlement and mismanagement of campaign funds.

However all these allegations are false, the changes brought about by the The National Chairman HE YK Museveni through the Secretary General JK Lumumba who is also the party accounting officer in finance management triggered the outbursts.

For decades Campaigns have been a bizarre event at the NRM secretariat with people carrying and flashing bags of monies around town and in hotels.
The Secretary General and team have since changed this, now party funds are transferred directly from the Secretariat to the districts cutting off middle men and women who had made it a habit benefiting from carrying money from the centre to the districts where they in most cases delivered less.

The New Normal now, on advise of the Secretary General, all NRM Districts have bank accounts where the District NRM Chairperson, Treasurer, and Administrative Secretary are all signatories.

Currently the party channels party funds through these bank accounts with strict guidelines on management of the funds received.

Where does this leave the middle men “FRUSTRATED” Is the short answer.

Another cause of the outbursts is the deployment. Initially in the past elections, the party would facilitate teams from Kampala to go out and pitch camp in different corners of the country with an aim of boosting and mobilizing for the party.

The team at the NRM secretariat under wise leadership of the Secretary General has this time cut down on this expense by facilitating the structures to champion the campaign locally.

Now no teams have been facilitated to move from Kampala to go and campaign for the party in Karamoja, Kasese,Soroti, or Kisoro, etc. The structures and members are guided through letters, circulars, copies of the manifestos given minimal facilitation to do this work at small units of Mobilisation. And where does this leave the idle so called expert senior mobilisers “FRUSTRATED” is the answer.

Finally there have been allegations that the NRM leaders attending the presidents strategic or call them scientific strategic campaigns have been cheated of their would be facilitation.

Here is the fact, leaders who attend these zonal meetings are given a simple facilitation of 100,000sh which is even announced in the Presence of the NRM presidential candidate HE Yoweri Kaguta Museveni. It was agreed upon in a meeting under the chair the National chairman. The same amount was given in Luwero, Lango, West Nile, Acholi, Karamoja, Teso, Bugisu, Sebei, Bukedi, Busoga and now Ankole.

This money is aimed at facilitating transport and lunch for the delegates. Nothing extra should be expected by the leaders who attend these meetings. It is paid by the Administrative Secretaries of the respective districts.

Party materials and regalia are also delivered to districts leadership for onward transportation to villages.
This means no more crowding at the Secretariate store where distribution of such material wasn’t regulated.

These are some of the reasons that have caused various outbursts, blackmail and allegations of embezzlement of party funds on the NRM Secretariat top leadership.