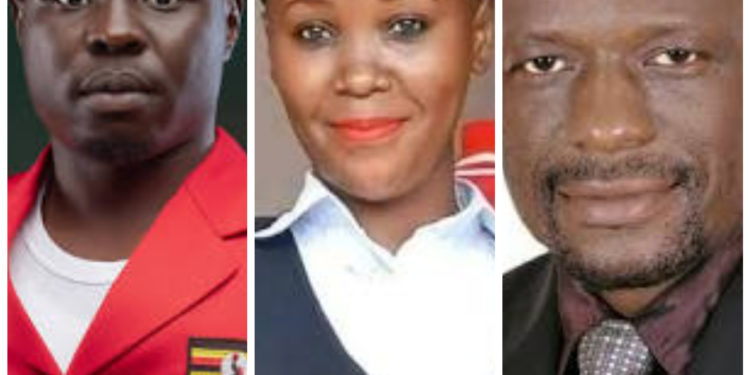 The media performance of Francis Zaake, chairman Fred Nyanzi Sentamu and Shamim Malende, all big names in the National Unity Platform party, is a national concern. One wonders if apart from the recent recruits from other parties, Robert Kyagulanyi, and his inner circle are even up to the job to run a sub county.

In the aftermath of the Arua fracas which left both People Power leaders Robert Kyagulanyi and Francis Zaake hospitalised and the rest in coolers, something strange happened. Zaake got a chance to appear on Voice of America to voice out the state of democracy in Uganda and the plight of being an opposition politician, and about their People Power movement.

Zaake’s stage flight, however, and his unintelligible arguments left the interviewer with no option but cut short the interview to save Zaake and People Power, the global embarrassment. After the undesirable performance, where the number 2 of People Power failed to articulate the organization’s mission, apologists said, Zaake was a young man who grew up in Mityana villages and appearing on VOA was rushed, and therefore too much for his level. Apology was accepted. Life moved on.

A couple of days ago. National Unity Platform lawyer Shamim Malende, also aspirant for Kampala Woman MP, together with other contenders appeared on Nxt Radio’s Big Talk hosted by talented journalist Canary Mugume. Each was expected to opine why they were standing for the seat, and contrast their agenda and abilities from the opponents. Whereas Malende stood up against Stella Nyanzi’s bully tendencies, she however left many viewers wondering from her arguments whether she is ripe for Parliament or Councillorship.

Now this weekend, another NUP maestro, a man who determines a lot of things going on in NUP, Chairman Fred Nyanzi Sentamu, an elder brother to Bobi Wine himself, candidate for Kampala Central,appeared on Canary’s show to a total embarrassment of everyone who supports his party.

Nyanzi like Zaake, looked shabby. He made sloganeering his made substance, and his cluelessness waa exposed by Nsereko when he said he was reading from his written points and anything unscripted Nyanzi was not able to comment about it.

We have been told that NUP is a platform offering alternative leadership to Uganda, the reason people have run from Forum for Democratic Change, Democratic party, National resistance movement among other parties to seek the NUP flag. However, the failure of NUP leaders to articulate their vision and mission or policy alternatives, leaves a lot to be desired.

In the past, politicians and other public figures have been in pain expressing discontent on how they’re insulted and name called whenever the call either Kyagulanyi or his party to raise their bar. Cyber bullying has become the norm for anyone calling upon this group rising to their Civic duty, to measure up to the responsibilities they are asking Ugandans to entrust them with. However, instead of checking themselves, and train their leaders in basic leadership capabilities such as public speaking, some People Power supporters would rather throw cheap jabs at their critics. This is where Uganda’s young democrats have arrived. It leaves their leaders go unchecked, in the process create untouchables.

Thankfully, the media debates have exposed the lack in some of the leaders.

When last year, NTV’s Kamala interviewed Bobi Wine and he fell short on explaining his fiscal policy plans, for someone seeking the highest office in Uganda, again the lack of scrutiny for what Kyagulanyi stands for, did not go down with many people who unfortunately kept silence fearing insults from the social army sponsored by Bobi Wine himself.

Zaake, Nyanzi, Malende have a lot to learn. And if they’re unwilling to learn to manage and explain themselves now, they’ll never speak when they put in power and have to be accountable to the Public.

The incoherent arguments we keep hearing from leaders of NUP is a reminder that Uganda needs to critically look at measures to prepare people who join public service including elective politics.

From a party hero to a sacrificial lamb: How did things turn this bad for Speaker Kadaga in NRM?

From a party hero to a sacrificial lamb: How did things turn this bad for Speaker Kadaga in NRM?