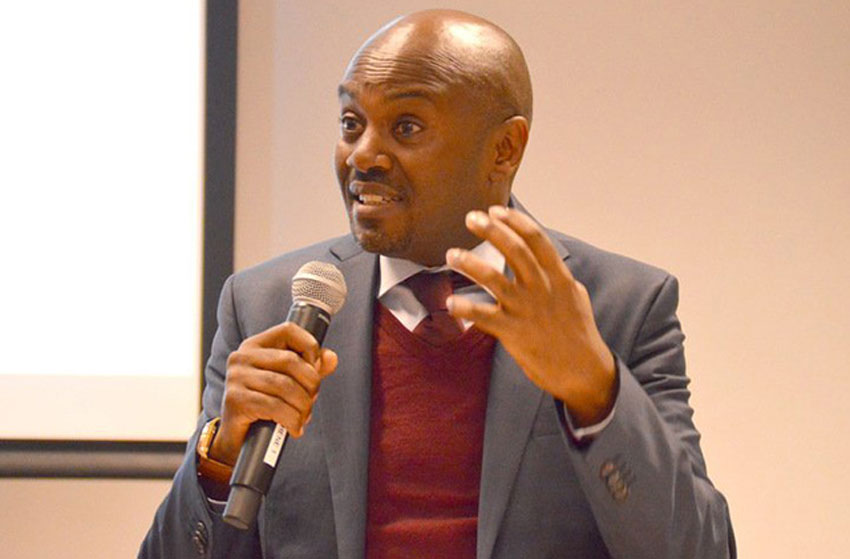 Last week, the National Unity Platform of Robert Kyagulanyi aka Bobi Wine launched itself with two defections of NRM MPs and two other independent legislators. This was presented as a big event. The MPs from NRM are nonentities whose names no one I have met can remember. Only Latif Sebagala from DP has some gravitas. It has since received a couple of other nonentities joining the new party. Yet for all the hype, NUP seems to me to be a stillbirth. This is especially so if we compare it to the birth of the Forum for Democratic Change (FDC) in 2005. FDC was formed with many MPs, elected local leaders and other leading figures on Uganda’s political scene from across the entire country.

In Central region there was, Beti Kamya, Sulleiman Kigundu, Sam Njuba, Ibrahim Kasozi, Senteza Kajubi, Prof Kanyerezi, Prince Kimera MP, Joyce Subugwawo (the current major of Rubaga). There were people like Cecelia Ogwal, Ben Wacha and Okullo Epak who supported Besigye for presidential candidate. This list is by no means exhaustive but it gives a good picture of how prominent and widely spread FDC began. These people had experience and skills of running elections and enjoyed widespread respect in the country and the communities from which they came.

Thus by the time Besigye returned from exile, there were branches of FDC across the entire country in almost every district! That is why the party was able to field strong candidates for parliament and LC because of the strength of its leaders even though some retreated to NRM. The party’s strength was built on the back of these MPs, LC councillors and powerful political and business figures. This is especially important in a country where political parties lack organisation depth. NUP is born without this strategic advantage.

Political parties in poor peasant societies lack effective means such as organised social groups (labour unions, professional and trade associations etc.) and independent sources of finance, to build broad organisational infrastructure across the country. To compensate for this shortfall, they rely on social heavy weights (people with strong standing in their ethnic or religious communities) to provide a bridge between the party and their co ethnics. In fact this is why, once in government, patronage and corruption become critical. To be effective, political parties in poor peasant societies are forced to lean on existing social institutions like churches (historically UPC and DP for example) and tribes (KY is a good example in the 1960s) to reach the masses.

In the specific case of Uganda, Museveni has co opted churches, mosques, tribal groupings and their leaders into his broad coalition. And this explains why political patronage is massive and corruption widespread in Uganda. It also explains why our opposition political parties are emasculated. The NRM lacks effective organisational infrastructure as well but heavily leans on the state to penetrate society – local councils, RDCs, police, ISO, etc. NUP has strong emotional support, great brand appeal but has no organisational depth. This means they cannot convert their brand appeal into votes.

Secondly the support for FDC was not just emotional, as one finds with NUP. There was a strong principle around which to organize a strong opposition movement against Museveni – the growth of intolerance within NRM. In fact, NRM, like FDC today, had failed to manage its internal contradictions. It had thus chased key politicians from its ranks that had organised around PAFO. These are the leaders who went to form FDC in alliance with Reform Agenda and Karuhanga Chaapa’s party! Museveni realised this later began (with some success) to woe them back.

Yet FDC did not learn this lesson. It has instead always sought internal conformity with the wishes of Besigye, which led it to purge anyone who held some independent thinking. One by one, the major leaders who gave it organisational depth began leaving the party. Over the last 15 years, its share of parliament and local councils has fallen from 15% to below 5%. So FDC today finds itself in crisis. Its strongest base was the north but today it has a “northern problem” as its leading pillars in that region have quit it and either joined NRM (Anywar, Among) or are now running as independents (Latigo, Okumu, Otto, Wadri – joined ANT – etc.).

With FDC fracturing, one would have imagined that the emerging vacuum would be filled by NUP. But NUP has accentuated this vacuum because it has raised great emotional expectations, which it cannot meet because it is incapable of building an organizational infrastructure to support its strong brand appeal. Its failure to attract big names from the different ethnic and religious communities of Uganda means it has a large body (followership) with a very weak head (leadership), thereby making it difficult to turn latent/potential support into actual votes.

Bobi Wine’s background as a musician compounds this problem. How you build a fan base as a musician is totally different from how you build a voter base in politics! Fans flock to you without you having to build an organisation to bring them over. Your music does it. A musician’s music fans are not necessarily his voters. For instance, if Bobi Wine goes to Jinja, his celebrity status may bring many fans to his rally but they would not necessarily be his voters. Even Bad Black, if she went to Jinja, she can excite people to come to her rally but they would not necessarily be people who can vote her for president or MP.

Secondly, the people Bobi Wine has surrounded himself with are novices with little standing and prestige in their ethnic or religious communities to provide organisational infrastructure. They may not be a handicap in urban areas where tribal and religious loyalties are not strong. But people of standing are vital in rural communities because peasants follow their lead. And this is the weakness of NUP because 68% of Ugandans live as peasants in rural areas, respecting “elders”. In fact Bobi Wine needs to think seriously about whether such Ugandans see him as a viable presidential candidate, even though they may love him as a person.

For many years, the opposition has failed to marshal a majority in elections – not because of lack of popular support – but because of lack of effective organizational infrastructure to turn out people to vote. This is also the reason our political parties fail to raise money! NRM’s organizational strength is rooted in its control of the state. It leveraged the infrastructure of the state – including LCs – to penetrate society. That is what makes it successful.

UPC and DP were strong because they were rooted in the Anglican and Catholic Church respectively. This gave them a readymade national organizational infrastructure backed by a large cadre-ship of priests to spread their message down to the village. Today, opposition support is strongest among urban populations. However, Uganda is a very rural economy with small size trading posts for urban areas – Mbarara, Mbale, Jinja, Arua, Gulu, Lira and Masaka – too small to provide an urban based opposition movement like we saw in Cairo or Khartoum. Therefore a strategy of popular uprising that Besigye prefers has little chances of success against an entrenched system like they of NRM because it can only be based in Kampala and Wakiso – too small and narrow a base!

NUP, like FDC before it, will ignore this reality at its own peril. Like Besigye, it will always wonder why huge emotional support at public rallies did not translate into victory. As a consolation, it will retreat to claims that Museveni stole their votes and there will be plenty of evidence – both real and imagined – to convince them. Yet even where Museveni steals votes, it is because he is strong. Where he is weak, he has always been beaten. But can NUP learn from FDC? It is still too early to tell.