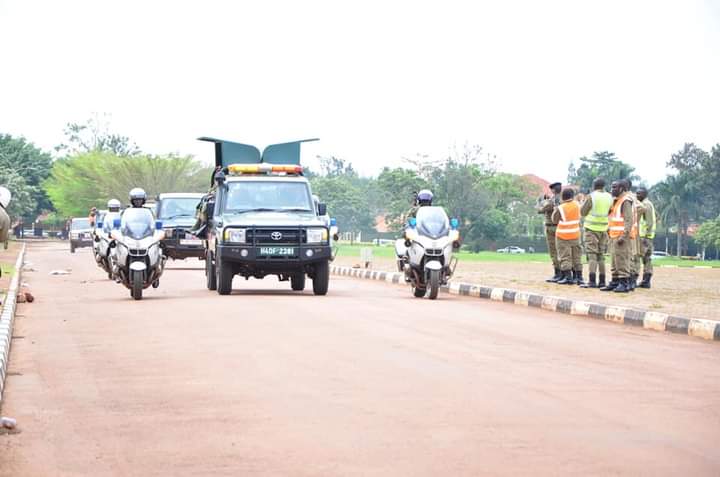 The course was conducted by Uganda Police Force instructors and the pass out was held at Kololo Ceremonial grounds.

The objective of the course was to enhance driving standards while developing safe driving habits/attitudes amongst Military Police Drivers. It was to teach them how to avoid accidents while employing defensive driving techniques and skills.

Defensive driving is an advanced level of driving after one has excelled on the basics.
While closing the course, Uganda Police Force Director of Human Resource Development, AIGP Godfrey Golooba congratulated the course participants and informed them about the task ahead of them.

He highlighted the risks and challenges on Ugandan roads to them.
AIGP Golooba advised them to handle with care the equipment that they will be entrusted with since it costs the government a lot of money.

He urged them to be disciplined and not drink and drive because they will not only risk causing accidents but also losing their life.
The Commandant Military Police Col. Keith Katungi congratulated the course participants and also thanked the two Forces top management (Uganda Police Force and Uganda people’s Defence Force) for strategic thinking and foresight to embraced the heart of joint training.

He said that the training will be a valve addition not only to the participants but the country at large.
The Head of Police Driving School, SSP Kamya Ronald (Eng.) was grateful for the forces coming up with training.

“We are grateful to management of Military Police for having trusted us to be part of this training programme to train their personnel,” he said.

Museveni: The medicine for poverty is wealth creation