Makerere University still remains the best University in Uganda, according to the current edition of Webometrics.

The oldest public university in Uganda is followed by Kampala International University (KIU), a private institution of higher learning.

In the third place is Mbarara University of Science and Technology (MUST), followed by Kyambogo University and then Busitema University.

Gulu University comes in the sixth place, followed by Uganda Martyrs University and MUBS in the eighth place.

Islamic University In Uganda is placed in ninth place and Mountains of the Moon University comes in the 10th place.

In the 11th place is Ndejje University, followed by Uganda Christian University (UCU) and Bishop Stuart University in the 12th and 13th place respectively.

Webometrics is the largest academic ranking of Higher Education Institutions in the world.

Since 2004 and every six months an independent, objective, free, open scientific exercise is performed by the Cybermetrics Lab (Spanish National Research Council, CSIC) for the providing reliable, multidimensional, updated and useful information about the performance of universities from all over the world based on their web presence and impact.

Latest ranking of Universities in Uganda,  according to Webometrics: 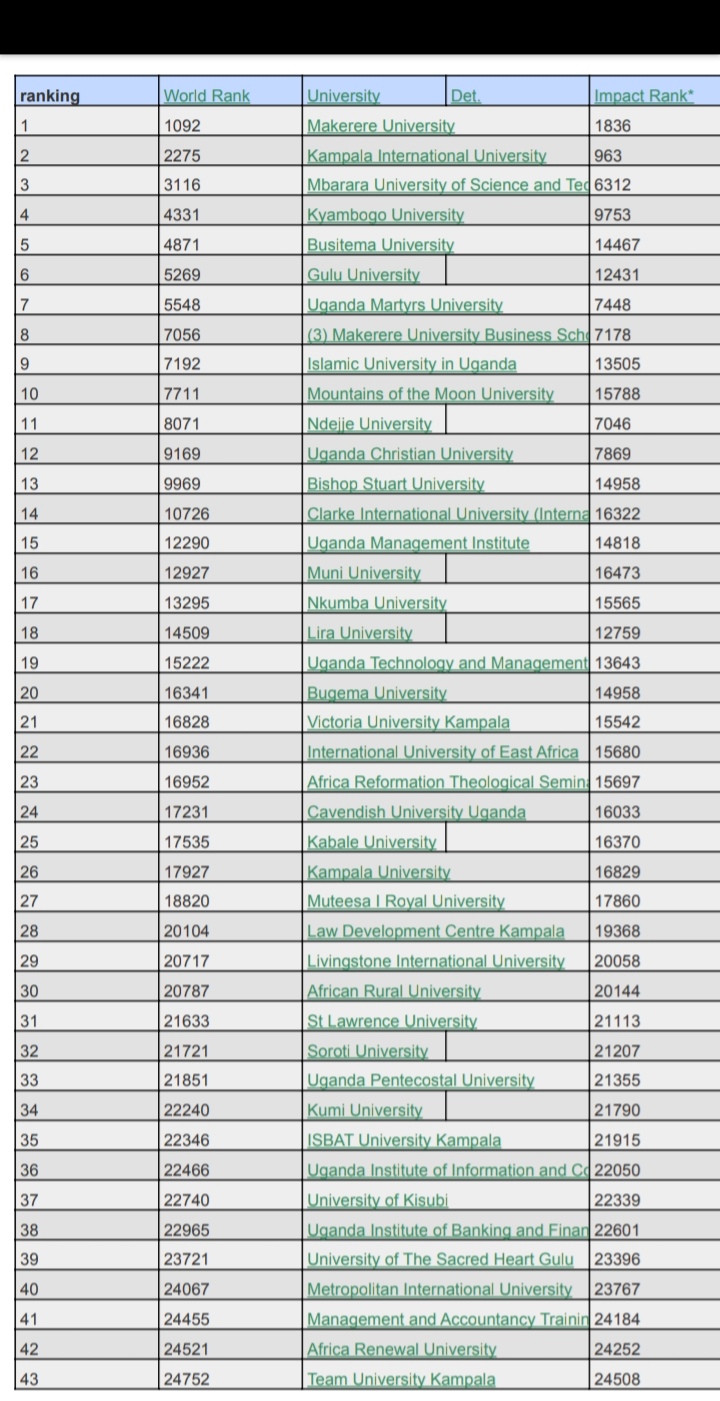 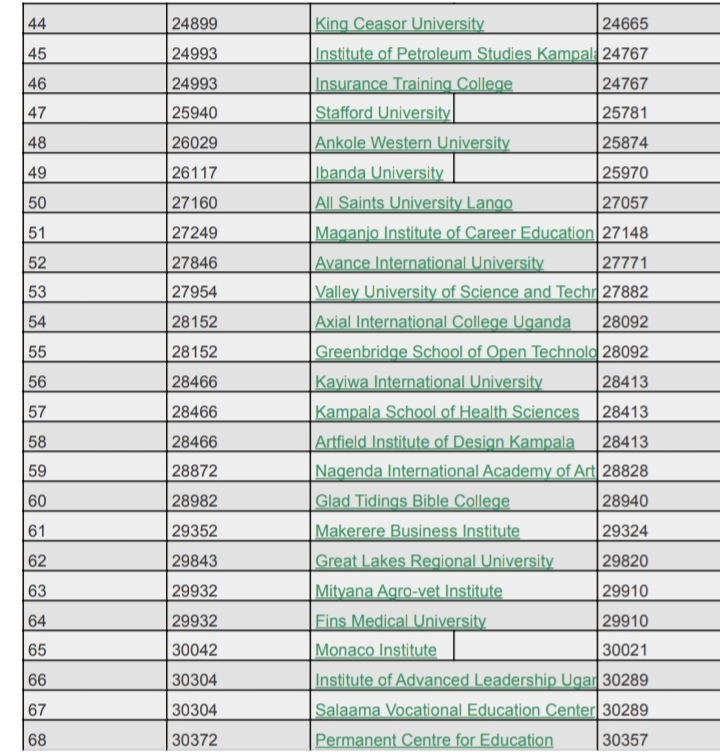