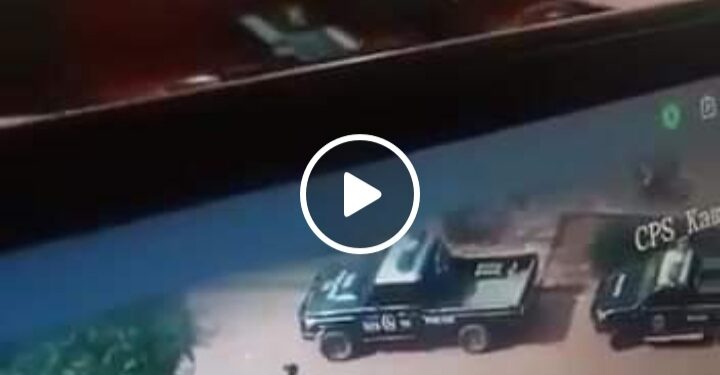 Police has released a CCTV footage of a man who is suspected to have blown himself near the Central Police Station (CPS) in Kampala.

The video shows a man carrying a big travel bag on his back and walking towards police trucks near CPS where a bomb eventually explodes.

So far 27 casualties have been admitted at Mulago hospital;causality ward (20 male, 7 female.). Out of the admitted, seven patients are in critical, 20 are in stable condition.

Majority of the patients are police officers.

Buildings such as Jubilee House, Kampala Capital City Authority, the seat of city administration, Parliament have since been closed and heavy security has been deployed around the scenes.

A few weeks ago, one person was killed and three others injured in a bomb attack at a pork joint in Komamboga, a city suburb.