by Mubiru Ivan
in National, News
36 0 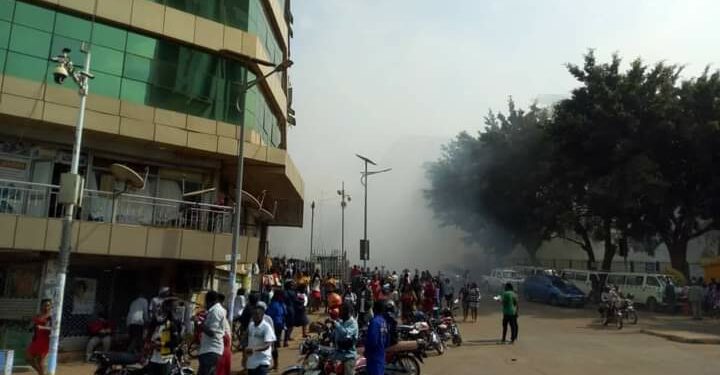 Two explosions have been reported at Kooki towers, opposite Kampala Central Police Station (CPS) and Jubilee Insurance House near Parliament of Uganda along Parliamentary Avenue.

Currently, firefighters are trying to put out a fire along Parliament Avenue and Police’s bomb squad has been deployed.

Scores have been injured.

Buildings such as Jubilee House, Kampala Capital City Authority, the seat of city administration, Parliament have been closed and heavy security has been deployed around the scenes.

The development comes after a few weeks where one person was killed and three others injured in a bomb attack at a pork joint in Komamboga, a city suburb.