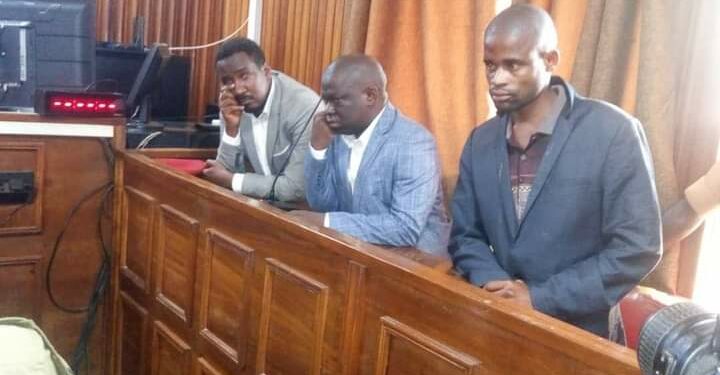 The legislators who appeared before Masaka Grade One Magistrate Grace Wakooli on Wednesday were charged  with murder and terrorism.

The MPs have been remanded to Kigo prison until 13th October 2021.

Ssegirinya was on Monday was rearrested hours after Court granted him bail.

Ssewanyana together with Ssegirinya were last week granted bail after spending over two weeks on remand. The lawmakers are accused of having a hand in the recent spate of killings in the Greater Masaka Sub-region.

One of his lawyers, Shamim Malende said Ssegirinya was pulled out of her car as they left Kigo Prison in Wakiso District.

“Hon Segirinya pulled out of my car as we exit Kigo prison and taken to unknown destination by security operatives clad in black attire,” Malende who is also Kampala Woman MP said in a Facebook post.

Last Thursday, Ssewanyana was also rearrested by security operatives at the entrance of Kigo Prison before being whisked away to a yet identified destination.

“Horrible!!!..Hon. Allan ssewanyana has been kidnapped at gun point at the entrance of Kigo Prison by gun-toting operatives shortly after his release by Prisons authorities. He has been whisked away in a drone to an unknown destination, rendering the court order nugatory,” said Erias Lukwago, the Kampala Lord Mayor also one of the lawyers of the accused.

The hiccups in having the lawmakers released started last week when they failed to pay the joint Shs40m bail fee on time.

They face charges of terrorism, aiding and abetting terrorism, murder and attempted murder, all in connection with the Masaka killings.