by Catherine Apolot
in National, News
18 0 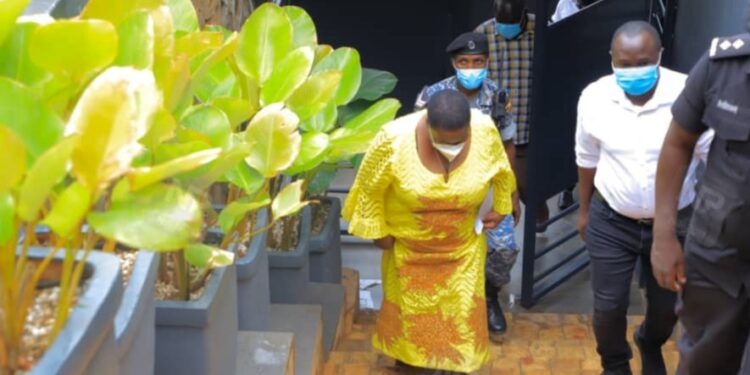 The Prime Minister of Uganda Rt Hon Robinah Nabbanja has showered praise to Next Media Chief of Protocol Officer Pablo Bashir Sewalu for ushering her into NBS TV studios in a professional way.

Nabbanja was on Sunday at Next Media’s NBS TV to be part of the station’s Eagle show as a guest. The show was hosted by Simon Kaggwa Njala.

“I thank the Next media chief of protocol @pablo_bashir for the great job done when I stepped at Next Media @nbstv @KKariisa @UgandaMFA @UgandaMediaCent @KagutaMuseveni,” the Prime Minister tweeted yesterday.

Pablo is one of the few protocol officers in Uganda who are on top of their game.

He has been in this business of ushering in highly sensitive high profile guests to where they need to be for more than 6 years.

As Next Media’s Chief Protocol Officer, keen-eyed Pablo brings in clients and guests for media interviews. On top of that, he prepares the way for his boss Dr Kin Kariisa and whenever he is travelling he goes there first to make sure everything is in place.

Recently, during an interview with this news website, Pablo disclosed that as a professional protocol officer he has rules he follows and his first priority is to get his guests to where they need to be and achieve what took them there.This is why Pablo never leaves the side or sight vision of the persons he is charge of be they are delivering an important speech at a business lunch or appearing for the first time for a TV interview.

On what motivates him to do his job, Pablo said he always keeps a positive mind.

Pablo has been in the room with everyone from President Yoweri Museveni, Next Media Services CEO Kariisa to prime ministers, ministers like General Katumba Wamala, police officers among others.

He has also handled continental dignitaries like Kenya’s President Uhuru Kenyatta, his vice William Ruto and Mufti Menk. He has even had the honour of handling part of Pope Francis’s protocol during the 2016 papal visit to Uganda.

PROFILE: Who is John Musinguzi, the man at the helm of Uganda’s tax body?