I would consider all these to be Africa’s blessings. But could it be that we have misused the blessings God bestowed upon us? Have these blessings created complacency? 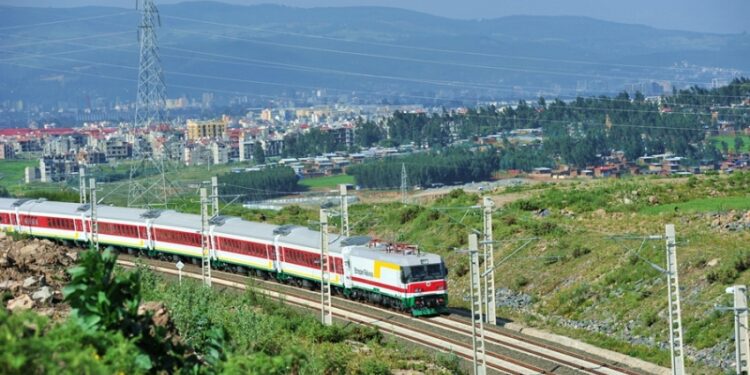 I recently had a conversation with a colleague who controversially intimated that if, by any chance, a vote or referendum was to be held today regarding whether Africa should be re-colonialized or not, we would be shocked with the results. According to him, majority of the African people would vote in favour of re-colonization.

Why? Because our so-called post-colonial African liberators have failed to live up to their expectations. They have backtracked on their promises and many no longer qualify to be labelled as heroes. Some have actually turned out to be just as brutal (or even worse) as the repressive colonial regimes they deposed.

Perhaps this could explain why in the 2016 Local Government Elections in South Africa, Athol Trollip, a white man from the predominantly ‘White’ Democratic Alliance Party, was elected mayor for the Nelson Mandela Bay Metropolitan Municipality.

Trollip’s election was seen as a major political shock in South Africa. With a Black South African population exceeding 60 per cent, the Nelson Mandela Bay has a rich history of anti-apartheid struggle and was once a key battleground. But to observers, this was an indicator that people were losing faith in the African National Congress (ANC) as a governing party.

Let’s face it, with the current state of affairs in most African countries, even if development in countries found in the Western world was to be hypothetically frozen for 100 years, I have an absurd feeling that Africa would still not catch up.

There’s something exceptional about the African continent! In this final edition of a three-part article series regarding the above notion, I will give parting shots and also take aim at the probable way forward.

Africa is blessed, not cursed

Africa is NOT cursed. Of course not. Many of Africa’s problems including poverty, diseases, and poor political leadership are not specific to only Africa. The same have been consistently experienced elsewhere including Asia, South America and some parts of Europe and North America, but this idea of a ‘curse’ never ever comes up.

In the Bible, there’s no reference to creation of a special or privileged race of people. In the book of Genesis, when the first human being is created, he is simply called Adam, which stands for ‘Human-kind’ in Hebrew. Adam and Eve were neither White nor Black and their ethnicity is not even mentioned. And the Bible seems to stress that they are the mother and father of all nations.

Back to the so-called “Curse of Ham” (Genesis 9:18-27) we examined earlier: This Scripture has been often abused, distorted and twisted by those promoting racial prejudice. But we should clearly understand that the said curse is placed on Canaan and not on Ham. To project the curse to all of Ham’s descendants is to misread the passage. Besides, it is also speculative to assume that the name Ham actually means “black people”.

I would consider all these to be Africa’s blessings. But could it be that we have misused the blessings God bestowed upon us? Have these blessings created complacency? Well, I don’t know if I have the right answers to these questions but what I know, for sure, is that there’s something wrong.

Getting our priorities right

Like I indicated earlier, Africa is not short of the required resources to fulfil her development agenda. However, there continues to be a prolonged development crisis. And one of the major hindrances has been the poor policy prioritization by many African governments, where key priority areas such as healthcare, agricultural production, employment and education have been largely ignored.

Let me use my homeland, Uganda, as an example: Here, you may really wonder why the Country is investing billions of Uganda shillings into production of electric cars, including buses, yet it still imports toothpicks and match boxes; when the Members of Parliament (556 MPs) are more than the Intensive Care Unit (ICU) beds in public hospitals.

Then it came to the Covid-19 fight:  By August 1, the country had raised over UGX4 trillion ($1 billion) through loans, donations and grants but remarkably, the biggest chunk of these funds never went into health interventions and no single dose of Covid-19 vaccines had been purchased (all the availed vaccines came from donations). Instead, much of the funds were reportedly used on security, allowances and other administrative activities.

The influence of the ‘white man’ (and now China)

Without a doubt, the slave trade, that began in the 1400’s through its peak in the 18th century, left Africa seriously bruised. It is estimated that 11 million people were forcibly taken into slavery and according to Professor Nathan Nunn, “The African countries that are the poorest today are the ones from which the most slaves were taken”.

Experts say that all of Africa’s colonial masters left behind a way of life completely decimated, a people traumatised and taught in colonial schools to loathe everything about themselves; from their skin, their languages to their customs. African economies were then crippled by structural adjustment policies of the World Bank and IMF.

An observer once noted, “When you take a closer look at most of the problems that Africa faces, one sees the hidden hand of colonial imperialists in one form or another. Libya, South Sudan, the scourge of Boko Haram in Nigeria, and now the so-called terror threat in Cabo Delgado Province, Northern Mozambique, all point to the scramble for the natural resources found in abundance on the continent”.

Then enter China. Through its Belt and Road Initiative, China is slowly trapping many African countries into debt. For instance, the $4 billion Addis Ababa-Djibouti Railway, financed by the Chinese, ended up costing Ethiopia nearly a quarter of its total 2016 budget.

Is there light at the end of the tunnel?

Yes! It is not all gloom and bloom for the African continent (Reminder: Africa is not a Country!). Despite the prevailing challenges, there are real opportunities ahead. And with success stories, such as Botswana, I have no doubt in my mind that in the decades to come, Africa can make the leap from poor to good and eventually to great.

Botswana, a predominantly tropical and landlocked country, was one of the world’s poorest countries at independence in 1966. However, because of its institutional strength and prudent policies, Botswana, today, is ranked as an upper-middle income country and regularly surpasses countries such as Italy and Spain on corruption indices. It is often talked of as the ‘African miracle’.

Our leaders must create an infrastructure that will improve people’s education, health, security and economic prospects. But most importantly, we must build sustainable governance systems because these are the fulcrum of all the other issues.

We need to put our blood, sweat and tears into things that really make a difference; not just seating and waiting for foreign assistance. The honest truth is that foreign aid and investment do not in themselves develop a country/continent; they can only help. Only those with a strong development mindset and policies can develop.

Ultimately, the development of Africa is up to Africans. This message should be fully engrained in the minds of each and every African.

Mr. Mukalazi is the Country Director of
Every Child Ministries Uganda.
bmukalazi@ecmafrica.org