Police woo Men, Boys In Fight Against Gender Based Violence 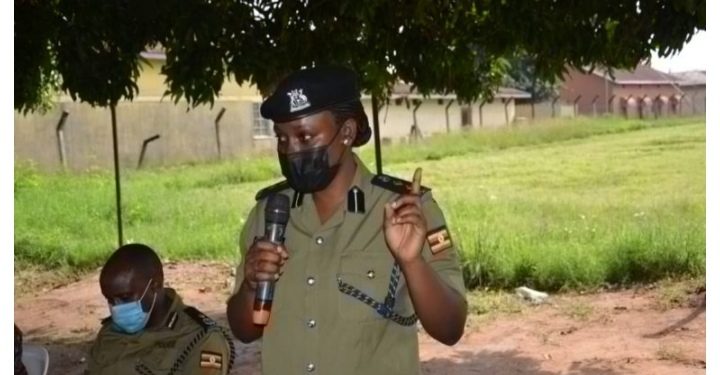 Police’s Department of Child and Family Protection is conducting a male engagement dialogue in the districts of Arua, Kitgum, Kasese, Kyegegwa and Bundibugyo. The dialogue started on 16 th August, 2021 and will end on 18 th August, 2021.

According to SSP Atuhaire Maureen, the Acting Commissioner Child and Family Protection Department, these dialogues are to give men and boys a chance to rethink maleness and change the way they treat women, girls and each other which helps to improve their attitude towards relationship violence.

SSP Atuhaire says men and boys need help to become confident in being a man and to be able to express their masculinity in a positive way through care, love and respect.

“Achieving this is good for them and good for women and girls as well,” SSP Atuhaire says.

She says that violence can be prevented through promoting positive masculinity or manhood by encouraging men and boys to express a full range of emotions and feel validated, acknowledging that men can be vulnerable and seek help when necessary, treat people equally and respectfully, listen to and value women and girls and also serve as role models for their male peers.

The dialogue comes at a time when the police is registering so many cases relating to Gender Based Violence.

The prevalence, complexity and the social acceptance of Gender Based Violence has generated the recognition that its prevention and response requires broad community participation and particularly the participation of men and boys.

And according to SSP Atuhaire, it is for this reason that the National Male involvement strategy for the prevention and response to Gender Based Violence in Uganda, 2017, aims at engaging men and boys to become change agents in their communities and workplaces, promoting peace and security, mitigating conflicts, protecting the rights of women and girls, sensitizing their peers and ensuring victims/survivors receive appropriate services.

“UPF has the responsibility of ensuring that all people are treated respectfully and crimes against them are dealt with seriously regardless of gender. Positive masculinity in this case will emphasize the values of equality, respect and dignity for people of all gender identities. Sensitive handling of GBV crimes in particular contributes to a society where discrimination and GBV are not tolerated and where equality is possible,” she says.

Against the above background, the UN Women supported UPF to hold dialogues where male police officers will support and lead public awareness campaigns that challenge biases, stereotypes and instigate dialogue.