by Stephen Kalema
in National, News
29 0 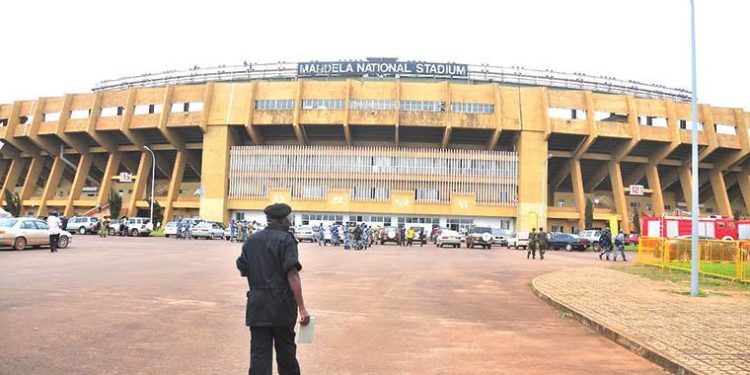 Afghan Refugees coming to Uganda will temporarily be hosted at Mandela National Stadium- Namboole, according to a source privy to the arrangement.

Although currently the national stadium is partially a Covid-19 treatment center, government is ready to use part of it to accommodate refugees from Afghanistan.

On Monday, State Minister for Disaster Preparedness and Refugees, Esther Anyakun revealed that Uganda is set to receive 2,000 refugees from Afghanistan at Entebbe International Airport.

“Our team is ready at the airport, including the health team. Tonight we are expecting 500 Afghans,” she said. .

According to Anyakun, this was after the United States of America requested the East African country to host the refugees that are affected by the Taliban forces in Afghanistan. The Afghan nationals will temporarily be hosted for three months or longer with the emergency landing of the first batch expected in the country anytime.

Sources revealed that earlier announcement of the Afghan’s coming caused a crisis meeting which was called by senior government officials to find out details of a plan to host at least 2,000 fleeing Afghan nationals at the request of the United States.

It’s alleged that the minister was first to disclose the program to some media houses before all arrangements were put in place which causes confusion since it was revealed prematurely.

Over the weekend, when the Taliban took over Afghanistan and due to their brutality and enforcement of the Sharia law, local people started running for their lives and on Monday Kabul’s international airport was in the throes of chaos s desperate Afghans tried to flee on departing U.S. jets.

Video images from the airport on Monday showed people holding on to a military plane moving along the tarmac and appeared to show two objects or people fall off when the aircraft was hundreds of feet in the air. Pentagon officials acknowledged the video imagery but said they couldn’t yet confirm what had occurred, or if people had fallen from the plane. Commanders have begun an investigation into what happened on the tarmac, Pentagon press secretary John Kirby said on Monday.

Witnesses separately reported seeing three bloodied bodies, including that of one woman, on the ground outside the passenger terminal building. Stranded travellers said those people had been shot.

Police woo Men, Boys In Fight Against Gender Based Violence