by Mubiru Ivan
in National, News
13 1 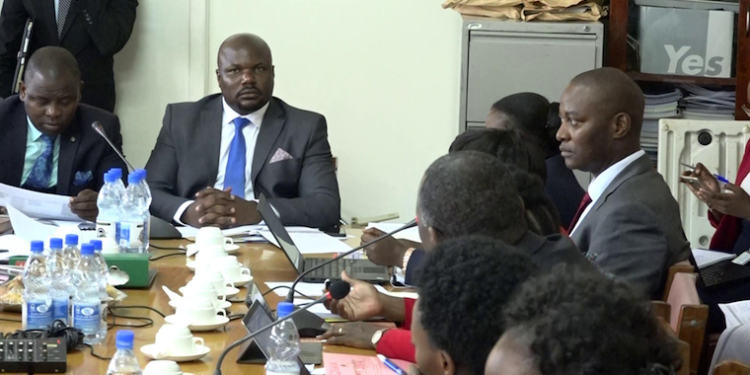 Former Members of Parliament on committee on Commissions, Statutory Authorities and State Enterprises (COSASE) are being accused by city landlords of witch-hunt in the ongoing row involving properties of Departed Asians.

According to Eagle Online news website, the new MPs are finding it hard in implementing some of the resolutions passed by the former legislators as some have allegedly asked for money from current owners of the properties in order to be removed from the list of those they claim acquired buildings fraudulently.

The local news outlet says the current COSASE leadership is supposed to carry on from where their colleagues stopped but it is becoming hard to do so because the former legislators are a hindrance to any move.

COSASE is one of the four accountability committees of parliament mandated to examine the audited accounts by the auditor general detailing the appropriation of government funds to different commissions, authorities and enterprises.

COSASE instituted a sub-committee led by the committee vice chairman (former Makindye East MP) Ibrahim Kasozi. Kasozi’s sub-committee was supposed to investigate allegations that several properties of departed Asians had been repossessed despite their full compensation by the government. However, the owners of the properties protested the allegations saying they are the rightful owners as they have genuine documents.

The Kasozi sub-committee in their report indicated that some Asians have reclaimed properties that were fully compensated by the government, while other Asians claim that they weren’t paid.

However, allegations have surfaced indicating that the former COSASE sub-committee legislators that was headed by Kasozi has continued to interest themselves in the probe with allegations that they are using the report to extort money from the owners of the properties across the country.

Another entity that has been drawn into the allegations of extortion is the Departed Asian Property Custodian Board (DAPCB) that sources say is using their last chance in office to reclaim some of the cleared properties.

“These chaps are trying to claim what isn’t theirs and this can been seen from the speed at which they are claiming cleared properties. However, we are glad that we have a sane Attorney General this time who won’t allow fraudsters to torture genuine owners of the properties” said a source.

Early this year, Parliament learnt that there had been fraud in the management of the properties of the Asians who were expelled from Uganda in 1972 by the late President Idi Amin.

In a report presented by Kasozi, it was discovered that there were irregularities in management, compensation and repossession of properties owned by the departed Asians.

The Asians, after their expulsion left behind property, which included businesses, stock and real estate. Some of the property was repossessed yet owners had been fully compensated by the government of Uganda.

The Committee established that in 1977, talks between the Uganda government and the United Nations High Commission for Refugees were held in Entebbe to discuss compensation of property left behind by departed Asians.

“In this meeting, it was agreed that land was not compensable under Ugandan law since it was owned by Ugandans. Buildings over 10 years were regarded as amortized and only buildings five years or newer were to be valued and compensated at the 1972 market value,” Kasozi said.

He added that it was therefore, established that part of the compensation to the departed Asians had been paid by the government in 1976 with shs13.4 million paid to the Indian government.

Kasozi noted that through the UNHCR, Uganda agreed to pay shs40.4 million as compensation to persons of undetermined nationality for assets left in Uganda. According to the Committee, for years, the board has had issues ranging from failure to effectively supervise the activities of the secretariat to outright corruption and negligence.
“Although Section 5 (1) of the Assets of Departed Asians Act mandates the board to sit at least once every month, the six ministers on the board are always too busy to meet and have not done so for 10 years,” the report stated in part.

The committee report added that some properties had ended up in the hands of unscrupulous individuals who had then transferred the same to bona-fide purchasers for value without notice.
“At compilation of the report, a total of 119 former Asian owners had been compensated to a tune shs1.765 billion,” the report adds.

Kasozi said that most fraud relating to expropriated properties was propagated through the powers of attorney with certain individuals being at the centre of such fraudulent dealings.

“People like Mohammed Alibhai went to countries like Canada where these Asians are, obtained generic powers of attorney, processed repossessions, fraudulently obtained certificates of repossession from the Board and went on to manage or even owned the properties in issue to the determent of the real owners who would never enjoy the benefit or repossession,” he said.

The Committee recommended among others that fraudulently acquired repossession certificates be cancelled and reverted to the government.
”The perpetrators should be prosecuted and repossessions whose former owners did not physically return to manage the properties as required by law should be cancelled,” Kasozi added.

Theodore Ssekikubo (NRM, Lwemiyaga County) concurred with the report saying that the fraudsters must be arrested.

“The late Idi Amin paid for these properties fully. These fraudsters however forged the documents and took the properties.The Custodian Board has outlived its usefulness and those culpable should be charged,” Ssekikubo said.

Budadiri West MP, Nathan Mafabi backed that the Board should be dissolved.
“We should direct that the Board is closed, the people working in it are arrested and taken to Luzira Maximum Prison because they are stealing public property,” he stated.