Considering University education for your child, here is why MUBS – Jinja should be your priority 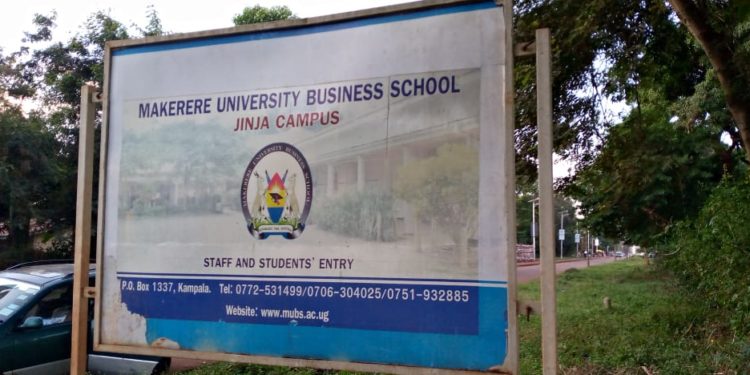 Over the years, having one’s child attain a university certificate from Makerere University has been every parent’s dream.

Special respect has generally reserved for both graduates from the prestigious academic institution in the near and distant past, and their parents who particularly made the milestone possible. Even as a number of other universities keep sprouting up, some conservatives have maintained calling graduates from any university “those who went to Makerere.”

The above signifies the enviable recognition of the country’s oldest University and why it continues to be everyone’s dream to study from it.

Due to an upsurge in demand however, the university deemed it necessary to move it’s business faculty to Nakawa, in what has since turned into a flagship business education-Makerere University Business School [MUBS].

Transforming itself as the main university specifically offering Business related qualifications in the country, yearly admissions outstripped their capacity.

By mid 2000s, they resolved to open up up country campuses in what Ms Mukyaala Veronica- the Jinja Campus Director says was a move to take university education nearer to the people.

Campuses were established in Jinja, Mbale, Mbarara and Arua.These have over the years seen over 10,000 students graduate with certificates, Diplomas, Bachellors and Masters degrees.

For the Jinja campus in particular, the strategic location of the Institution at the heart of not only Jinja City but also Busoga region makes it a temptation almost inescapable.

In existence since 2006, MUBS _ Jinja has drastically changed the way people in the East look at education. Previously, parents and children alike had to get used to endure the hard-to-bear heartaches of the complexities of Kampala just so that they achieve university education.

The dangerous traffic, the high cost of living, the some times unmatched fees, the volatile political climate in the city and the beaming don’testion.

But with the existence of MUBs Jinja Campus, gone are the days when one had to always harbour such worries.

Situated a little over 80km, east of Kampala City, Jinja, despite being one of the most organised cities, has perenually enjoyed the most peaceful political serenity. Unlike in Kampala and perhaps other towns where there have been occasional political strides in form of riots and demonstrations, for Jinja, this has always been an alien feeling.

Besides, the allure of the natural abundance the region capital is endowed with makes attending MUBS in Jinja even more attractive. Bordering the giant Lake Victoria on the whole of it’s southern side, and River Nile on the western, the overly enthusing sea breeze is a must feel one for residents. No wonder, the city currently remains one of the most visited by both local and foreign tourists.

The new Cable stayed Nile Bridge – the gate way to Jinja city is another exciting scenery as the city gates open for any new visitor. Then there is the famous source of the Nile, along with scores of modern accommodation facilities.

Both Nalubaale and Bujjagaali Hydro power Dams are also located in Jinja, while the Kingdom Headquaters in Bugembe are also an attraction for the lovers of culture.

For those who still would miss the buzzing life of the capital – Kampala, no reason to worry for within just 1 hours and a half, you are there while driving.

As if that is not enough, according to campus administrator Ms. Saunders Warda, students admitted to the campus enjoy a 30% reduction in fees as compared to their counterparts at the main campus in Kampala. This, Saunders says is intended to ensure all-inclusiveness.

As parents continue contemplating on the futures of their children, especially with results from last year’s Advanced Level exams expected any time from now, giving one of the most enticing MUBS’ regional campuses in Jinja could turn out to be a wise decision by far.