by Lawrence Kazooba
in News, Politics
18 0 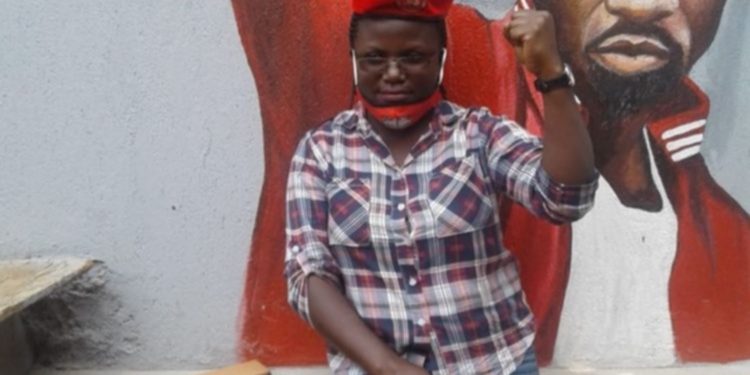 National Unity Platform (NUP) supporters in Sseguku along Entebe road are in panic mode, after one of their colleagues went missing mysteriously.

Olive Bisirikirwa, alias Olivia Lutaaya the coordinator of People Power in Sseguku was last seen on the 07th/May/2021, as revealed by her close friends and fellow NUP members.

According to her best friend Malwaya Joan, all her known telephone numbers are off, and she is not at her home, neither does any of her relatives know of her whereabouts.

“She has always been receiving threatening phone calls from private numbers, warning her to either quit the National Unity Platform (NUP), or risk loosing her life,” Malwaya added.

Olive and her husband, a one (Lutaaya Daniel) are among a group of NUP supporters who were arrested on 30th/December/2020, from Kalangala District during Robert Kyagulanyi’s Presidential campaigns. On the same day,Kyagulanyi who was the NUP Presidential candidate in the January 2021 general elections was picked up by security personnel and airlifted to Kampala, before being driven to his home in Wakiso District.

Olive was released in February 2021 on bail after her lawyer together with the Human Rights Commission fought tooth and nail for her release so she could receive urgent medical treatment she desperately needed, after she was allegedly brutally tortured while in jail.

Last week, Uganda’s general military court martial, sitting in Kampala, granted bail to only 17 of NUP supporters who have been detained for over six moths without trial. Hundreds of others are still being kept in jail as lengthy court proceedings continue. Large numbers appear not to have been charged at all.

Many relatives complain they have no information about the fate of those detained under unclear circumstances.

They say suspects have been denied access to medical treatment and lawyers, as well as contact with their family members.

The Ugandan military has denied responsibility for any abuses. However, while delivering a nation address in February 2021, president Museveni admitted that his security forces were holding over 200 detainees, who, he said, had revealed a “criminal scheme” run by the opposition and instigated by “local parasites” and “foreign backers”.

The mounting evidence of systematic human rights abuses in Uganda has drawn sanctions from the United States of America and other international powers.

HENRY H. SSALI: Museveni’s new ‘fish monger’ cabinet is a signal that he is eyeing 2026