From 1993 until 1996, Ms Nabbanja was a school teacher at Uganda Martyrs Secondary School Kakumiro. 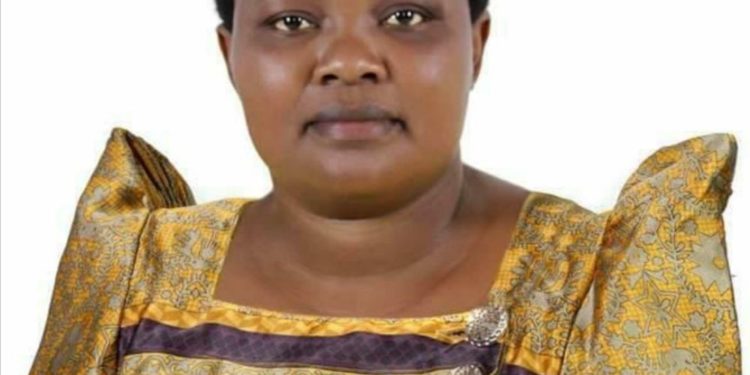 Rt Hon Robinah Nabbanja was nominated/appointed as Prime Minister and Leader of Government Business in Parliament- designate, by President Yoweri Museveni on 8th June 2021. She will become the 11th person and first female, to occupy the office since Uganda became independent in 1962.

Before this nomination, Ms Nabbanja was the Minister of State for Health in charge of General Duties, a position she was appointed to on 14th December 2019.

She attended Nkooko Primary School before joining St. Edward’s Secondary School Bukuumi, for both her O-Level and A-Level studies.

Between 1990 and 2000, Nabbanja obtained certificates and diplomas in leadership, management and development studies, from various institutions, including Uganda Martyrs University, Uganda Management Institute, the Islamic University in Uganda and the National Leadership Institute Kyankwanzi.

She later obtained a Bachelor of Democracy and Development Studies Degree from Uganda Martyrs University in 2013.

From 1993 until 1996, Ms Nabbanja was a school teacher at Uganda Martyrs Secondary School Kakumiro.

She then served as a District Councillor, representing Nkooko Sub-County, in what was Kibaale District at the time, from 1998 until 2001.

During that period, she concurrently served as the Secretary for Health, Gender and Community Services for the district.

For 10 years (2001–2010) she served as a Resident District Commissioner in the districts of Pallisa, Busia and Budaka, before joining elective politics in 2011, when she successfully contested for Kibaale District Woman Representative in the 9th Parliament (2011–2016).

When Kakumiro District was created in 2016, she successfully contested for the Woman Representative seat for the new district. She is currently the Woman MP for Kakumiro District, having won re- election for the same seat in the January 2021 elections.

Issued by The Communications Unit,
Office of the Prime Minister
Media Contact: Julius Mucunguzi, Advisor and Head of Communications
0776210307