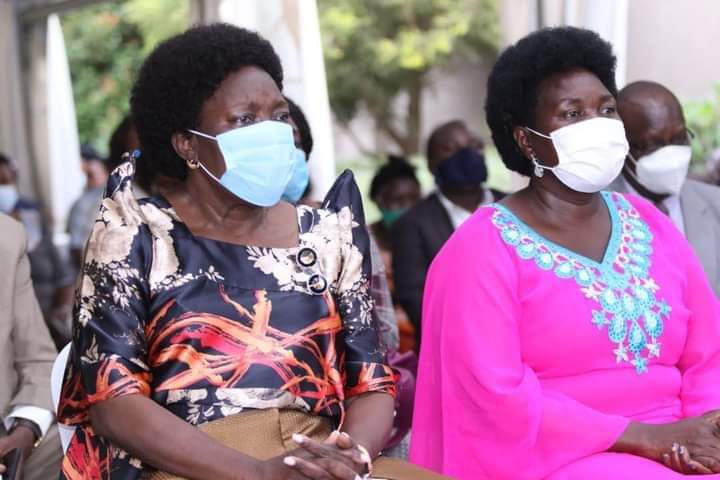 Former Speaker of Parliament Rebecca Alitwala Kadaga and former Kiboga Woman MP Ruth Nankabirwa on Wednesday met in a non-confrontational mood for the first time since the highly divisive contest for the speakership of the eleventh Parliament were two publicly clashed.

In the tight race between Kadaga and Jacob Oulanyah, Nankabirwa who was also the ruling party- NRM’s Chief Whip fearlessly de-campaigned against Kadaga. She variously accused her of always betraying her party to the advantage of the opposition.

In reciprocity, Kadaga laughed off the attacks engineered by Nankabirwa as being of no effect whatsoever especially since she had already been discarded by her people in Kiboga. She also linked Nankabirwa to a group of “Mafias” that had been fighting her for a long time.

Eventually, Kadaga lost the race to Oulanyah who polled 310 votes ahead of her 197.

The two were however made to sit close to one another at the vigil of Brenda Nantongo, a slain daughter of Outgoing Works and Transport Minister Gen. Edward Katumba Wamala in Najeera, Kampala.

At the suggestion that the two sit together by the organisers, Nankabirwa had reportedly dismissed the idea before a seemingly very relaxed Kadaga urged her to feel comfortable. The atmosphere seemed so tense for the ousted Kiboga Woman MP for the rest of the function.

The incident has since been hailed by the public as a sign of reconciliation between the two antagonistic sides especially ahead of Kadaga’s eminent return to government in the next cabinet.