by Mubiru Ivan
in News, Politics
29 1 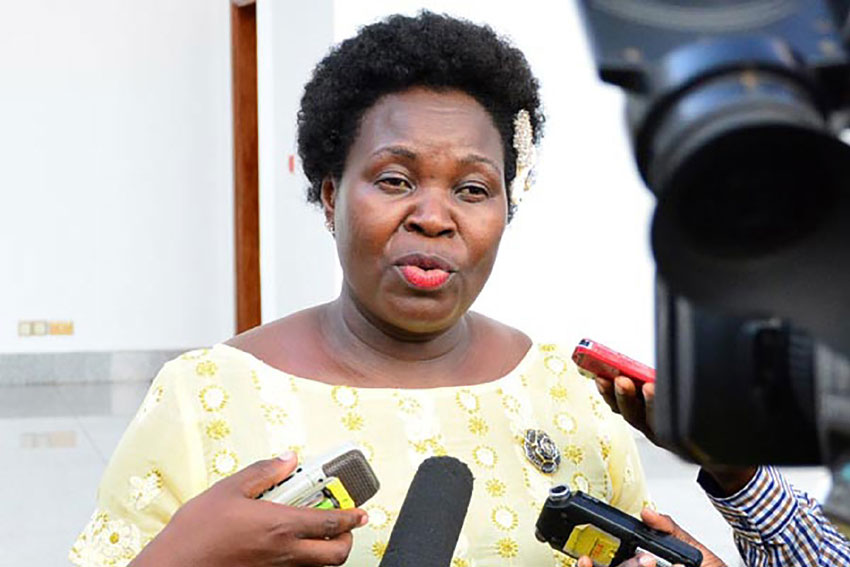 The verbal war started when Nankabirwa openly decampaigned Kadaga who was vying for the NRM Second National Vice Chairperson post.

CEC is the second topmost decision making organ of the NRM.

The outgoing Kiboga Woman MP went bare-knuckles on her Kamuli counterpart by circulating messages through a social media platform-WhatsApp, where she accused her of working for the opposition at the expense of the ruling party.

“I have gone through a lot in Parliament; we want people who are committed to fighting for the party, not those that betray us, working with the opposition to undermine our party. You have been following on TV how Rebecca Kadaga conducts herself in Parliament. Let us support Persis Namuganza [state minister for Lands] to help President Museveni in working for the party,” Nankabirwa said in audio that circulated on WhatsApp.

When Kadaga defeated Namuganza in the CEC race, the battle seemed to be over. However, all signs indicate otherwise.

Early this week, Nankabirwa decided to wage another war on Kadaga by mobilizing NRM MPs to vote out Kadaga from the post of Speakership in the 11th Parliament.

On Wednesday while presiding over the plenary, Kadaga was informed by the outgoing Kasambya County MP Mbwatekamwa Gaffa that Nankabirwa informed them that the party’s CEC nolonger needs her in the top seat of House.

As Kadaga was still wondering on what was happening , Bugabula County South MP Henry Maurice Kibalya immediately came on the floor and informed her that her long time enemy Nankabirwa no longer wants her to lead the House and since NRM will still be the majority in the 11th Parliament, it might be harder for her to win the third term. He said Nankabirwa was busy mobilising MPs to kick her out.

This annoyed the Kamuli Woman MP before she fired at Nankabirwa.

“Hon. Ruth Nankabirwa does not speak for CEC; the decisions of CEC do not bid this House in any way; so stop (Ruth Nankabirwa) bringing issues of CEC here.”

The battle for Speakership for the 11th Parliament could this time around be hard for both the opposition and the government given that no side has conclusively zeroed on one candidate.

Meanwhile, who is Nankabirwa?

Ruth Nankabirwa Sentamu was born on 28 November 1965 in Kiboga district.

She studied at Nabisunsa Girls’ Secondary School, for both O-Level and A-Level education.

Nankabirwa holds a Bachelor of Arts degree in Fine Art from Makerere University. She also holds a master’s degree in Conflict Studies.

From 1994 through 1995, she served as a delegate to the Constituent Assembly. In 1996, Nankabirwa was elected to serve as Woman Member of Parliament for Kiboga District, a position she still holds to date.

From 1998 through 2001, she served as Minister of State for Luweero Triangle in the Office of the Prime Minister.

In the Cabinet reshuffle of 27 May 2011, she was moved to the Fisheries Ministry as State Minister, a position she held until she was named Chief Government Whip in 2015 replacing Justine Kasule Lumumba who is the current NRM Secretary General.

Popularly known as a vocal NRM cadre, Nankabirwa is among the MPs who championed and voted in favour of lifting the presidential age limit.

Hon Semujju Nganda: The legislator too good for our ping pong Politics |OPINION