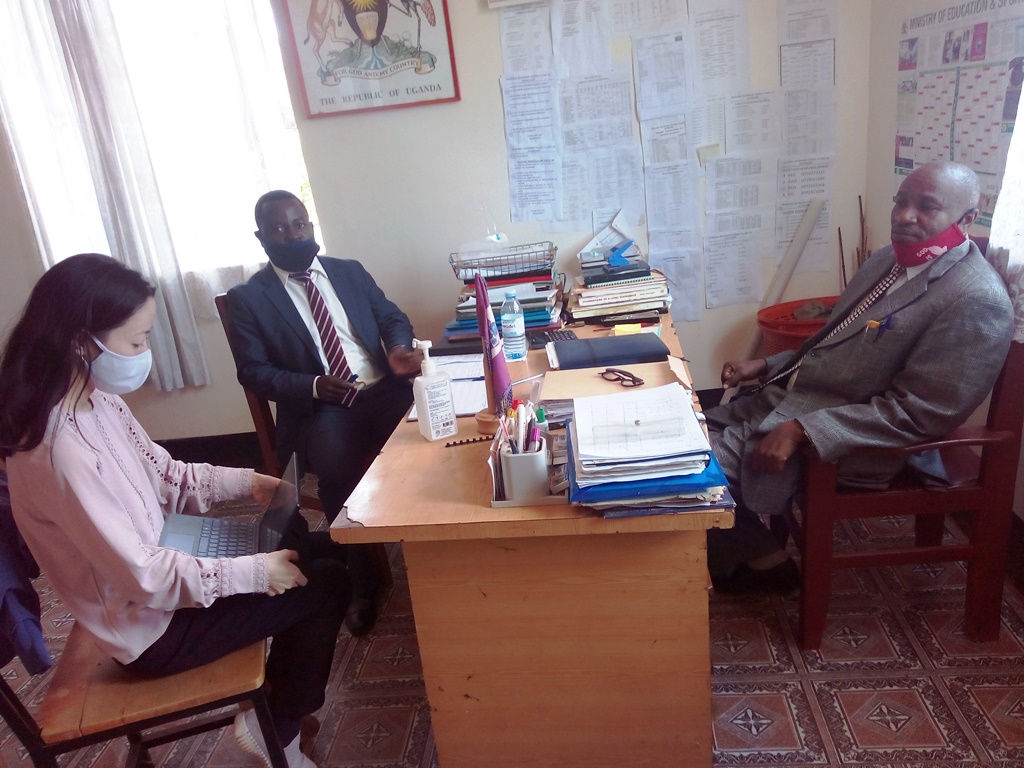 The Ambassador of Japan to Uganda H.E. Fukuzawa Hidemoto over the weekend signed a grant contract totalling Shs292 million with the representatives of Ruhaama Secondary School at the Embassy of Japan in Kampala in a project aimed at improving welfare and attracting girl child  to stay in school.

According to H.E. Hidemoto the grant will be used to construction new standard girls’ dormitory with a hygiene and sanitary needs support facilities, matrons room, Rain water harvesting system (water tank of 10,000liters), 60 double Decker beds with 121 mattresses, 121 mosquito nets, cabinets for storage of students items and a 4-stance latrine with bathrooms.

The current girls’ dormitory was constructed in 1995 with a capacity of 50 students but now girls have doubled to 100 students and others are forced to walk every day due to lack of space at school.

He said that female students at Ruhaama Secondary School did not have a proper accommodation since they were sleeping in the old dilapidated structures which may any time fall on them.

The donation is part of the Grant Assistance for Grassroots Human Security Projects (GGP), a scheme administered by the Japanese Embassy to support community-based development projects in Uganda and it has funded many projects since the Embassy initiated the scheme in 1992.

The school representative who is also the chairperson board of governors Dr. Stephen Bwekiingo Twinomugisha noted that the girls’ accommodation at school is expected to translate into reduced school dropout and improved academic performance.

Dr Twinomugisha revealed that out of 22 students who dropped out annually, 14 students are girls due to men who seduced them with gifts on their way to school leading to early sex marriages.

The headteacher Tumutoreine Nicholas Quiidi noted that the school prioritized the girls’ dormitory to the fact that girl children are vulnerable and liable to many risks if not supported, explaining that dropout rate of girls is higher than that of boys.

Resilience of connectivity key to Innovations

Resilience of connectivity key to Innovations