by Steven Kintu
in National, News
8 0 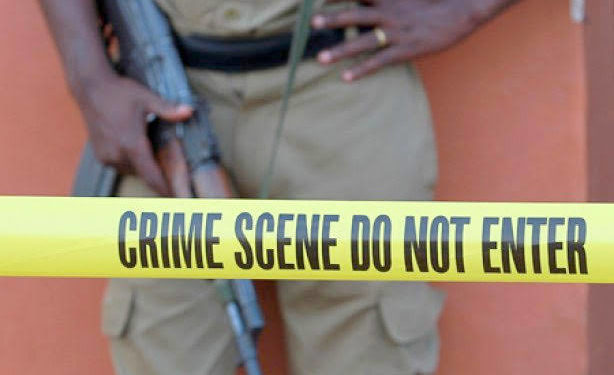 Police in Busoga North are investigating a murder case, in an which a 60 year old man hacked his two daughters before hanging himself.

The horrific incident took place at Kulingo zone, Southern division in Kamuli Municipality over the weekend.

Joseph Ngobi is alleged to have called his daughter only identified as Joy, 20 from a training Institute for a family blessing and reunion also to receive his will” only to hack her and the little sister with an axe and pang.

One of the children sneaked out and alarmed neighbours who came and rushed the two girls for medical attention.

The old man went on the run but was in the morning found hanging on a mango tree, nearby.

He said police is investigating the murder and suicide by hanging.

“We got information that Joseph Ngobi 60 had hacked his daughters and was on the run only to find him hanging at the border of his land in a mango tree using a rope. We recovered the axe and we are concerned over the rising cases of suicide of a similar nature,” Kasadha said.

Half of Ugandans say physical, emotional and sexual violence have gotten worse in their communities during the Covid-19 pandemic- Twaweza report

Half of Ugandans say physical, emotional and sexual violence have gotten worse in their communities during the Covid-19 pandemic- Twaweza report