Lumumba however said: “The intimidating statements to the judiciary or for that matter to anyone will not be allowed to prevail and as NRM we shall defend our win and we have all the evidence to prove our victory.” 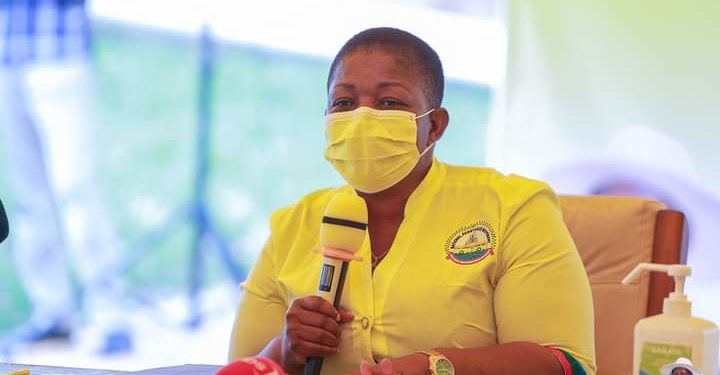 The secretary general of the ruling National Resistance Movement (NRM) party, Justine Kasule Lumumba, has spoken out on the decision by the former presidential candidate, Robert Kyagulanyi, to withdraw the Supreme Court petition, saying the move is a sign of “political demagoguery.”

“Kyagulanyi should refrain from playing mind games on Ugandans. Political demagoguery will never see good in any situation or court process. It’s my opinion that political leaders should not use their selfish interests to put our institutions in disrepute.

Kyagulanyi commonly known as Bobi Wine had originally said he was not going to court which was within his rights but later changed his mind to go to court which was still ok and now he is running away from court for reasons best known to him with all sorts of wild allegations,” she said in a statement issued on Monday (February 22, 2021).

On Monday, Kyagulanyi, who is also the president of the National Unity Platform (NUP) said he had directed his lawyers to withdraw a petition he filed on February 1, challenging the election of President Yoweri Museveni.

Kyagulanyi cited bias of the Supreme Court bench, especially the failure by the Chief Justice, Owiny-Dollo, to recuse himself from hearing his petition.

Commenting on Kyagulanyi’s demand that the Chief Justice should recuse himself from the bench, Lumumba said: “The Issue of Kyagulanyi alleging that Chief Justice Lord Owinyi Dollo and Lord Michael Chibita should recuse themselves because they ever worked with President Museveni is a far-fetched reason.

President Museveni has been in the struggle at the top level for over 50 years and in so doing has worked with most senior leaders in this country. Besides, those justices are officers of the court who swore an oath to uphold justice and their decisions are based on evidence adduced not acquaintances.”

Under section 61 of the Presidential Elections Act, a presidential election petition can only be withdrawn with leave of court.

Kyagulanyi’s lawyers are expected to file a notice to withdraw the case on Tuesday, detailing the reasons why their client has decided to partway with the Supreme Court in the matter of the presidential election petition.

Lumumba however said: “The intimidating statements to the judiciary or for that matter to anyone will not be allowed to prevail and as NRM we shall defend our win and we have all the evidence to prove our victory.”