“Import substitution is something we need to work on. Uganda motor vehicles are the second leading valued import with over USD 450 Million annually after petroleum at USD 1.3 Billion. Imagine if we made these vehicles here?” Dr. Tumwesigye noted.

by watchdog
in Business, Companies, News
4 1
0

Kiira Motors Corporation, a government of Uganda and makerere University initiative has taken concrete steps in the development of an indigenous motor vehicle industry with the near completion of the Kiira Vehicle Plant in Jinja.

The Minister of Science, Technology and Innovation, Dr Elioda Tumwesigye, hailed the progress Kiira Motors has made so far saying it will provide an unprecedented opportunity for promoting value addition to Uganda’s minerals and other natural resources with the view of import substitution and export promotion of vehicles, parts, components and systems as well as automotive engineering services.

“Import substitution is something we need to work on. Uganda motor vehicles are the second leading valued import with over USD 450 Million annually after petroleum at USD 1.3 Billion. Imagine if we made these vehicles here?” Dr. Tumwesigye noted.

Dr Tumwesigye made the remarks while opening a multi-sector meeting on building of an indigenous motor vehicle industry at Kiira Motors’ vehicle plant construction site in Jinja.

The meeting was presided over by Joy Kabatsi, the State Minister for Transport who represented her boss, Minister of Works and Transport, Gen Edward Katumba Wamala. Prof Nawangwe, the Makerere University Vice Chancellor and Edward Hightower, a global automotive engineer and executive also attended the meeting.

Dr Tumwesigye explained that with the market for vehicles growing at 12% year to year and estimated to reach over 630,000 vehicles sold in the East African Community annually, it is of paramount importance that Uganda puts in place the relevant policy interventions for promoting automotive local content participation while placing emphasis of enhance environmental stewardship. 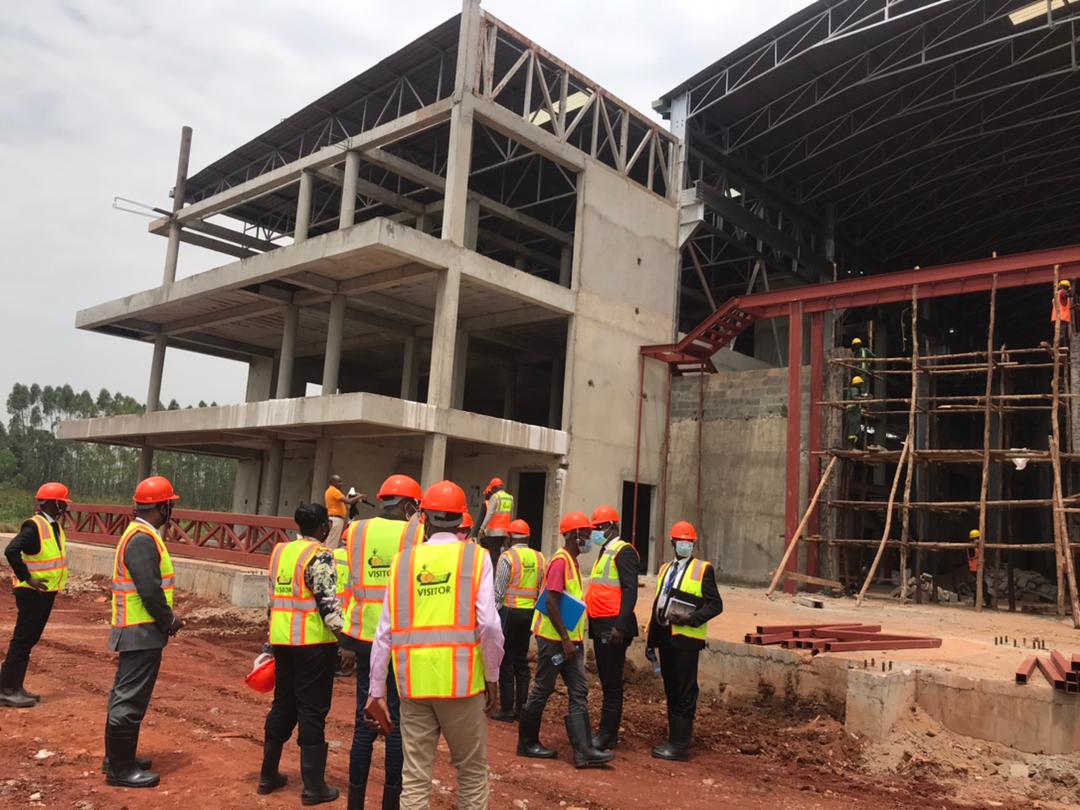 “Invest in the automobile industry. Form companies that make parts, we can make these parts from our raw materials so that 70% of vehicle parts are done by independent suppliers. If you don’t invest, we will get the parts from elsewhere,” he advised.

The minister further added that strategic government investment in the Kiira Vehicle Plant is expected to create over 14,000 jobs directly and indirectly; catalyze upstream investment in the manufacture of auto-parts from bamboo, steel, banana fiber, etc.; while affirming Uganda’s commitment to enhancement of local content participation as an enabler for industrialization along with enhanced environmental stewardship.

On her part, Minister Kabatsi said that Uganda believes that the automotive industry is a catalyst for industrial development. “The government will continue to support your efforts to create an indigenous automotive industry. I will continue to support your development,” she pledged. She too urged the private sector to get involved in the local content value chain by making parts.