by Steven Kintu
in News, Politics
3 0 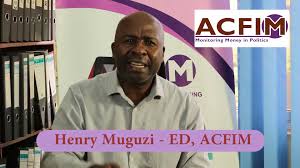 Alliance for Finance monitoring (ACFIM) has proposed amendments in electoral laws to provide for a refund of election nomination fees.

A study conducted by the organization after the general elections, revealed that the Electoral Commission collected Shs 7.9 billion as nomination fees from Parliamentary candidates and Shs 220 million from Presidential candidates.

Henry Muguzi, the organization’s Executive Director however proposes that the laws be amended to allow the commission to refund a certain percentage to losers.

“For example we may say that a candidate was able to garner 30% of the total votes is entitled to a refund or a partial refund,” Muguzi suggested.

Muguzi also questioned the purpose of the nomination fee.He tasked the electoral body to come out clear to explain what the collected money is used for.