by Mubiru Ivan
in News, Politics
31 0 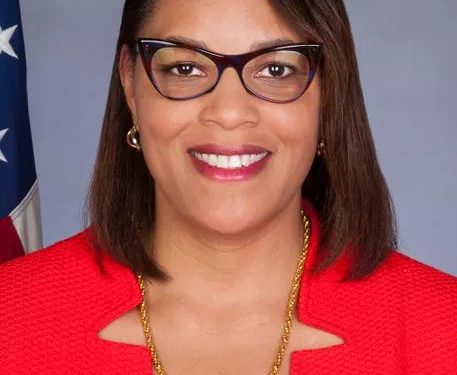 According to the embassy, the United States regularly meets with actors across Uganda’s political spectrum as part of its diplomatic engagement.

“The purpose of Ambassador Brown’s visit was to check on Mr. Kyagulanyi’s health and safety, given that he’s effectively been unable to leave his home, with security forces surrounding his residence,” the embassy said in a January 18, 2021 statement.

“Uganda’s election campaigns were marred by the harassment of opposition candidates, campaign staff, and supporters; suppression of the media and civil society organization activities; and a nationwide internet shutdown before, during, and after voting day.These unlawful actions and the effective house arrest of a presidential candidate continue a worrying trend on the course of Uganda’s democracy. Nobody should be unlawfully denied a means to communicate and the freedom to leave their home, should they choose to do so.”

Following the January, 14 election, security put Bobi Wine’s home under siege and up to date, he is still kept indoors together with his wife Barbie Itungo Kyagulanyi. The main opposition figure was the closest challenger o President Yoweri Museveni in the just concluded general elections.