Another Suspect dies in Police Cells in Rukungiri 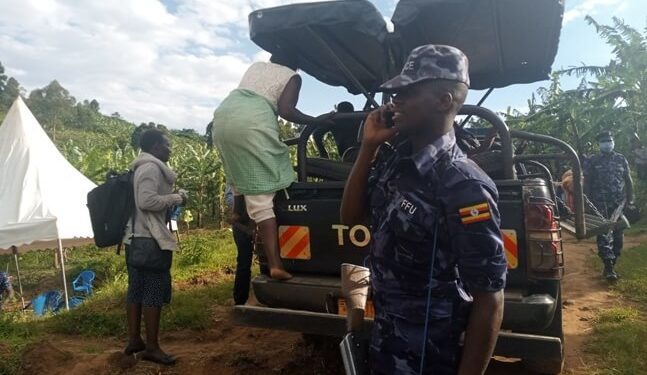 The deceased's body being taken to the mortuary for postmortem

Police in Rukungiri has opened a general inquiry file to investigate circumstances under which Moses Bahati, a 34 year old was found dead in police cells at Ruhinda police post in Ruhinda sub- county Rukungiri district.

The deceased is a resident of kajunju cell, Ndere parish, Ruhinda sub-county and was arrested yesterday morning on suspicion of chicken theft.

According to the officer in charge of crime investigation department at Rukungiri central police, Onemus Kemugisha, the officer who was on duty at the police post during the Christmas eve decided to check on the suspects in the morning he had in the cells but found one dead.

Kemugisha added that the body was taken to Rwababengo health center 3 mortuary and his two co-suspects Brian Kato and Balaam Mugisha were taken to Rukungiri central police to help the police carry investigations.

Elly Maate , the Kigezi regional police spokesperson confirmed the death news saying that the scene was visited by police officers and the team of homicide, Rukungiri magistrate grade one and Kigezi regional surgeon to carry out postmortem.

This becomes the second person to die in police cells in Rukungiri district in a period of two months after another suspect was last month found dead in kebisioni police cells.