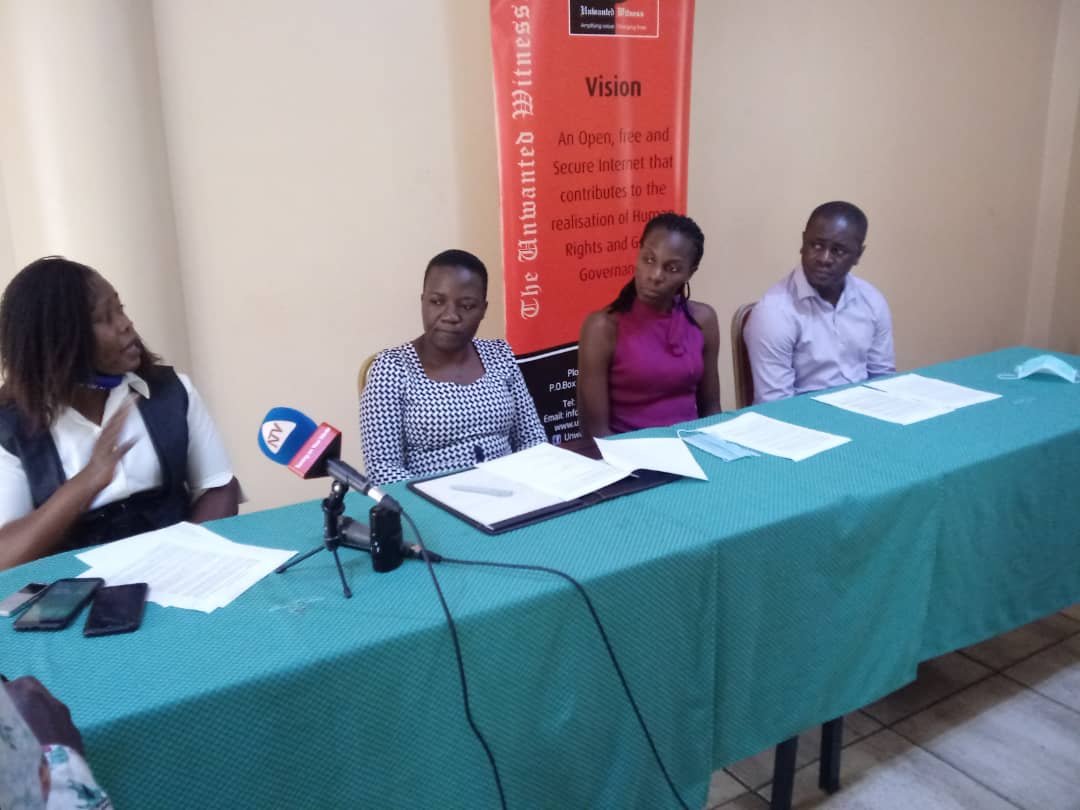 Unwanted Witness Uganda together with other Civil Society Organisations have asked Google chief Executive Officer Sundar Pichai to disregard government of Uganda’s intentions of trying to silence dissent during democratic processes in the country.

Early this week, the Uganda Communications Commission (UCC) wrote a letter to Google, urging the giant search engine to block all Ugandan YouTube channels that are reportedly spreading negative sentiments during elections.

All of the YouTube channels that UCC wants to be blocked belong to opposition pundits.

In the letter, UCC claims that channels such as Ghetto TV, Map Mediya, Busesa Media Updates, Uganda Empya, KK TV Uganda, Ekyooto TV, Bobi Wine 2021, Namungo Media, JB Muwonge, Tamale Mirundi (TMO) Online contain extremist or dangerous messages that are likely to incite violence against sections of the public on account of their tribe and political opinions. The government believes that these channels may compromise national security and cause economic sabotage.

However, according to Allan Ssempala Kigozi, the head of legal department at Unwanted Witness Uganda, government’s request to block access to YouTube channels goes contrary to a number of it’s human rights commitments that violate rights and freedom of conscience, expression, association and access to information.

“While we are aware that under international freedom of expression standards, blocking may be permitted by law, this measure should only be imposed by the courts or other independent and impartial adjudicatory bodies. This is not the case with the present order. We believe that if YouTube does not contest this request, it will participate in a direct attack on freedom of expression and democracy ahead of the country’s 2021 general elections,” said Kigozi.

He added that YouTube serves as critical platform for online campaigning and interaction with the voting public for all political parties in Uganda. Restricting the ability of those critical of the current government to use YouTube channels in this period will violate their right to freedom of expression and deprive people of access to important information on issues of public interest.

There are over 20 Civil Society Organizations, both local and international that have written to Alphabet Inc (Google mother company) urging that even though government has a right to be listened to, they should consider the rights of Ugandans because Google promised to respect all sorts of freedoms.

“Many people have YouTube channels they use for politics but because they are supporting the ruling government they are not mentioned in the letter, UCC must also be fair,” he said.

I was doing research! Singer Ronald Mayinja explains why he smoked weed in public

I was doing research! Singer Ronald Mayinja explains why he smoked weed in public