by Mubiru Ivan
in News, Politics
22 2 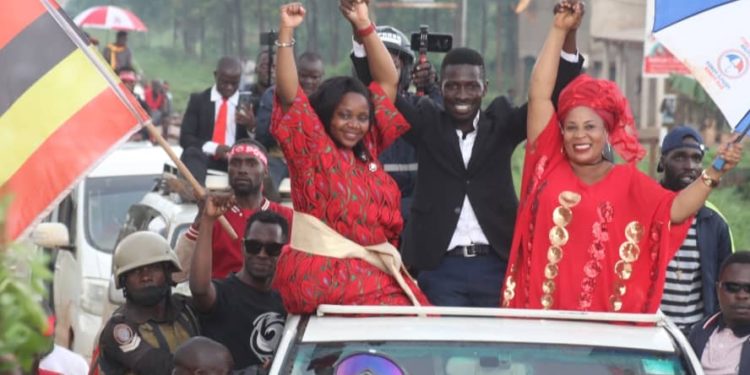 Bobi Wine in Kassanda on Friday

A day-time curfew has been imposed on the people of Luweero, Nakasongola and Nakaseke today ahead of presidential candidate Robert Kyagulanyi (Bobi Wine)’s campaign rallies.

The National Unity Platform (NUP) presidential flag bearer is expected to campaign in the area today Saturday according to the Electoral Commission roadmap.

“A day time curfew has been imposed on the people of Luweero, Nakasongola and Nakaseke today ahead of our campaign. The military is beating people forcing them to close their shops and houses and ordering them to remain indoors. This is a place M7 calls his #Mecca. Bano batidde nnyo,” Bobi Wine posted on his Facebook page on Saturday morning.

Brenda Nabukenya, the NUP coordinator for Luweero district, told Uganda Radio Network (URN) that they had planned to organize rallies within playgrounds located in major towns but police have since blocked the move.

Nabukenya explains that in Luweero town, they had organized a rally at Luweero Boys primary school, but police refused and instead directed them to shift to Ngogoro playground which is in Butuntumula sub-county.

Ivan Kyeyune, the NUP candidate for Nakasongola county says that Kyagulanyi has also been blocked from holding a rally at Nakasongola RC primary school in the town council and shifted to grounds which act as a cattle market located at Lwamutoogo village in Wabinyonyi sub-county, a sparsely populated area.

Kyeyune adds that several residents have been warned by security not to attend the rally.

Sick Sheikh Muzaata suffering from 'hysteria' after being dumped by wife, confined in ICU