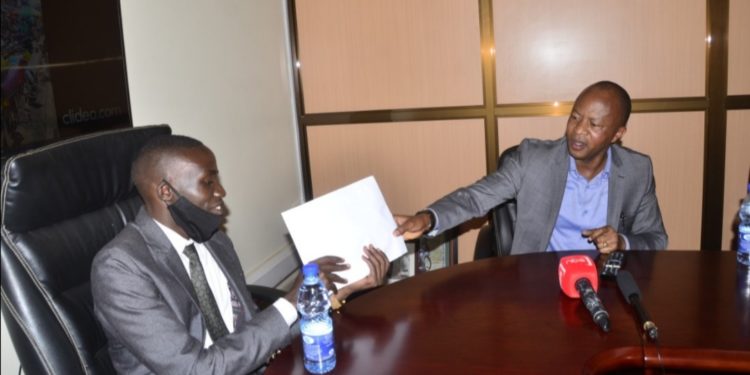 We launched Sisimuka Uganda in 2011, with our main focus being to create mind set change, self belief, transforming lives and communities.

If Mr. Katumba can manage to secure signatures from all over the country at the age of 24, that’s already victory for him in my opinion.
The set backs gotten on his Nomination day are what any successful person has encountered.
To you the youth,don’t concentrate on the set backs: concetrate on your journey and the goals you set out to achieve.
There will never be a conducive environment to start no matter what, start!

Do you know that both Microsoft and Google,the search engine, were started in a garage?Facebook in a dormitory and Barack Obama’s presidential journey started on a balcony. So every star you see has been an amateur at some point in their journey.

Congratulations John Katumba. To me, you are already a winner.
To the youth who call Katumba a comedian, how many of you have ever toured the village where you live? This purported comedian endeavoured to secure signatures from all corners of Uganda and after his nomination, he has so far covered over 10 districts on his campaign trail. So to everyone reffering to him as a comedian, you are the comedian my friend!

We as a nation need to know that everyone has the constitutional right to support a candidate of their choice and someone not having a candidate of choice similar to yours isn’t reason enough to dismiss theirs.

As Sisimuka Uganda, we have contributed some little money towards his movements. If Katumba inspires you, kindly contribute to his goals and dreams 0778849457 registered in the name Katumba John.
#Maligroup
#Sisimukauganda
#FrankGashumba