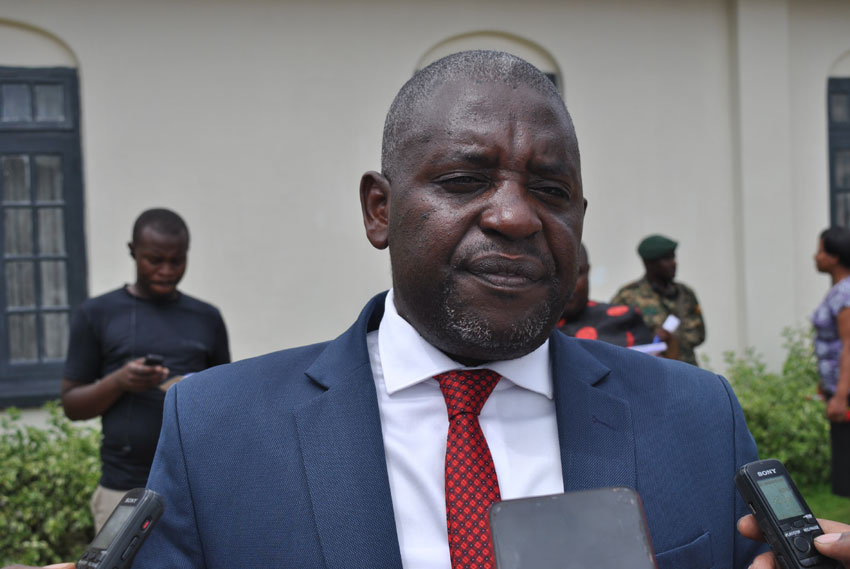 The Kabale Resident District commissioner, Darius Nandinda has said a section of youth in Kabale District no longer want to work.

Nandinda who was on Sunday afternoon speaking during requiem mass of Mrs. Regis Ruhemurana at Christ the King Church in Kabale said some youth telephone call different politicians day by day asking for money for survival, which he said is a very bad character.

He advised them to work harder, than begging.

“I want to tell you that there are youth who only depend on politicians. Someone will wake up on Monday; make a list of politicians he will ring for the whole week begging for money. There are even those who have reached the age of 45 and still beg from politicians,” Nandinda said.

“I want to tell you people to work for yourselves and your future. Stop begging when you have the energy and the wisdom to work. You better start working today.”

The late Regis Ruhemurana was the secretary women’s league for Forum for Democratic Change  party in Kabale municipality.

Her husband, Dr Pius Ruhemurana was the Kabale Municipality mayor for 20 years, until he was defeated by the youthful Emmanuel Byamugisha Sentaro.

Regis Ruhemurana will be laid to rest on Monday in Kitanga, Mparo parish in Rukiga District.

Ntungamo: MP Karuhanga promises to secure land titles for his voters ahead of 2021 elections

Ntungamo: MP Karuhanga promises to secure land titles for his voters ahead of 2021 elections