by Stephen Kalema
in News, Politics
21 1 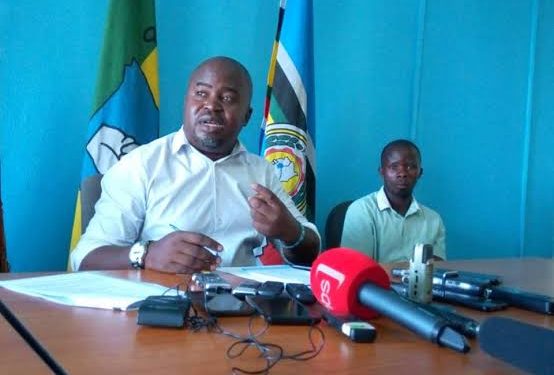 The Forum for Democratic Change (FDC) has revealed that it will not be like other political parties that released names of their flagbearers for next year’s parliamentary elections.

Although National Unity Platfrom (NUP) and the National Resistance Movement (NRM) announced the names of members who will participate in the forthcoming elections, FDC has cleared the air that they will not publish any name until the Electoral Commission (EC) finalizes with the nomination exercise.

Harold Kaija, the deputy Secretary-general of FDC told this website that their opponents are always targeting to buy their endorsed candidates out of the competition which left the party with many gaps in the last two general elections.

He added that in 2015, their major opponent bought their  flagbearers thus forcing them to pull out of the races in their respective constituencies before even EC’s nominations.

He also noted that within the party there are so many moles who were sent by their opponents to get FDC tickets purposely to pull out of the race as a way of  giving space to other candidates.

“People have always been changing especially at the last minute when there is no possibility of plan B. Therefore we shall publish our list after the nominations of EC. And another thing we are not here to do what others do, because we may nominate and also announce someone but at the end, EC rejects him or her, “Kaija said.

” In the past, we used to announce the nominated candidates but eventually, you start seeing them pulling out of the competition because they were paid by other opponents to get out of the competition. Therefore this time we are doing it this way when the nomination of EC ends we shall also come and show the country our nominated candidates that will participate in parliamentary elections 2021.”

He added that they are doing this in order not to give any chances to their opponents who have made it a tendency to buy out FDC endorsed candidates.