The National Unity Platform (NUP) Executive Board has confirmed 15 MP aspirants as their flag bearers ahead of 2021 general elections.

The 15 candidates have been under re-evaluation.

The successful aspirants include Muhammad Ssegirinya for North, Kazibwe Bashir Mbaziira for Kawempe South, Allan Sewanyana for Makindye West among others.

“The candidates have emerged successful after the second round of evaluation,” NUP Executive board said on Friday.

“Later on, our list of candidates for the Western Region shall be released.By way of reminder, all candidates who are aggrieved by their results have the right to petition the Executive Board. A panel has been put in place to handle all appeals expeditiously. ” 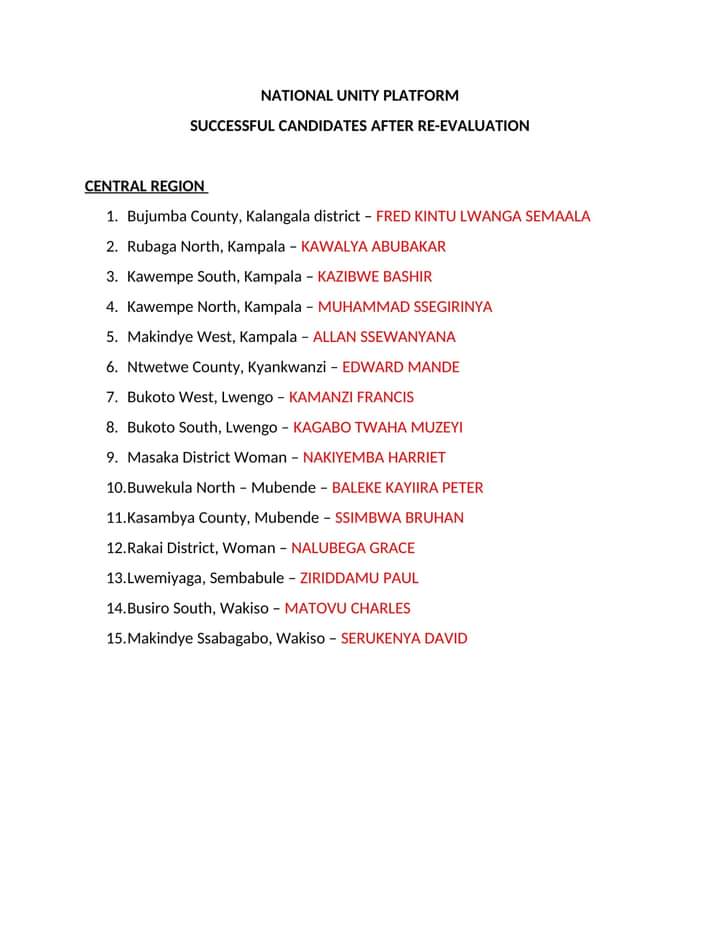