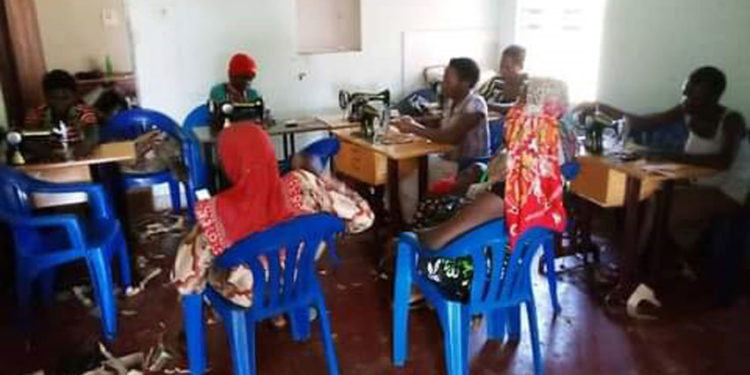 For years, Jackson Were, the Director of DROHA Uganda – a non profit in Bugembe on the outskirts of Jinja City, has been working around the clock to change the lives of the vulnerable poor for the better.

In a one on one conversation with this News outlet, Jackson shares his passion for the less fortunate poor youth, detailing how together with his good Samaritan partners around the globe have strived to go hope to the disadvantaged of society and how a passion in philanthropy was born.

Were says his troublesome growing in the rural Kamuli District had brought him into contact with the reality of the suffering of a poor man’s child since his parents were not ones you would describe as economically comfortable in any way.

Admitting that he was just lucky to finish high school unlike a cluster of his contemporaries who had automatically been ejected out of the system due to the extreme poverty in the village, Jackson always had a dream of giving hope to those that faced a similar situation.

In 2017, he would attract only ridicule and discouragement from his associates when he announced he would be quitting his not so well paying but comfortable job to pursue his calling in creating hope for the hopeless.

With no money but hope and faith, he Incorporated DROHA and had it registered with the NGO board with hope that God would connect him to people with a similar passion along the way.

A first hand witness to the plight of the boy child growing up into rural Ugandan communities and domestic violence, Were had observed that if boys are raised through a life of struggle and mental torture, it was obvious that they would grow up into violent men who would in turn exert terror to their immediate families.

He argues that such men would give raise to a violence infested generation and the circle would become vicious unless something was done to reverse it.

He would go on to initiate programs intended to streamline boys to become responsible fathers of the future thereby specifically targeting those that were at the risk of not accessing education due to poverty and broken families.

As a result, hundreds of disadvantaged young men and women have been supported to attain education at both Primary and secondary levels.

Along the way, DROHA Uganda discovered that there was an equally vulnerable group of people that needed argent attention if at all the dream of realising the society they dreamt of was to be realised. These were the youths who are past school going age yet they are also deemed to be the father’s and mothers of the next generation.

At their head offices at Nakanyonyi Complex in Bugembe Town Council in Jinja, an ambitious project of Skilling the youths with hands on skills was embarked on.

Projects like shoe making, tailoring, carpentry, welding and metal fabrication were put in place with beneficiaries coming from all parts of Busoga.

With partnerships from both within and outside of the country, Mr Were says they have been able to extend this kind of service to the most needy youths at no cost on their part.

In the years to come, Were says the organization intends to extend their operations to all parts of the country with Eastern and Northern Uganda as first priority.

He says the two regions have been arrived at due to their troublesome past with abject poverty and political instability who make the need for physiological healing an absolute necessity.

They also have plans of building non profit technical schools around the country so as to make the dream of equipping young people that may not have the means to pursue careers under formal education.

DROHA Uganda appeals to all Ugandans, institutions, corporate bodies and the Government to actively participate in programs that aim at empowering the young generation as it would serve to mitigate the damage from a dejected group of people to be entrusted with managing society in future.

He also says the group at the Skilling school in Jinja is currently producing shoes, clothes of various types, metallic doors and windows and a lot more, all made locally but of superior quality. He thus calls for the public to support the project by buying from the organization so as to further their cause.