by Catherine Apolot
in National, News
56 1 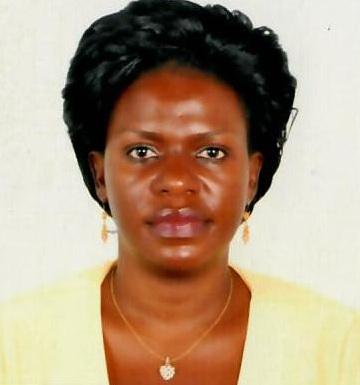 The Chairperson of Equal opportunities Commission (EOC) Sylvia Muwebwa Ntambi has been charged with corruption.

She was charged before the Anti-corruption Court, Kololo, Kampala on Tuesday, September 22, 2020.

“Yes, the Chairperson Equal Opportunities Commission has been charged with conspiracy to defraud the government. Details about the case can be found in the charge sheet,” Lt Col Nakalema said on Tuesday.

Ms Ntambi is accused of superintending over unethical practices that have seen staff polarized along tribal lines, which has created a toxic working environment.

The allegations are contained in a petition by a whistleblower to President Museveni detailing cases of unfair staff dismissal, irregular interdiction, resignations and refusal to renew staff contracts amid allegations of tribalism.

In one instance, the petition indicates that in March, she travelled to New York for the Session of the UN Commission on the Status of Women (CSW). For this meeting, she was paid Shs36.8m for 17 days yet the meeting was for 13 days.

Between April 6 and April 16, she is reported to have received Shs27.2m for 12 days of a benchmarking trip in Sweden and Finland, which according to a whistleblower did not take place.

There was also payment in lieu of leave equivalent to Shs13.2million. These payments, according to a whistleblower, have remained unrecovered and unaccounted for since Financial Year 2016/17 to date “due to her domineering instructions”.

The Equal Opportunities Commission is a constitutional body mandated to eliminate discrimination and inequalities against any individual or group of persons on the ground of sex, age, race, colour, ethnic origin, tribe, birth, creed or religion, health status, social or economic standing, political opinion or disability, and take affirmative action in favor of groups marginalised on the basis of gender, age, disability or any other reason created by history, tradition or custom for the purpose of redressing imbalances which exist against them.

PROFILE: Edward Ssekandi; a silent political genius whom Ugandans keep on forgetting that he is the country's Vice President