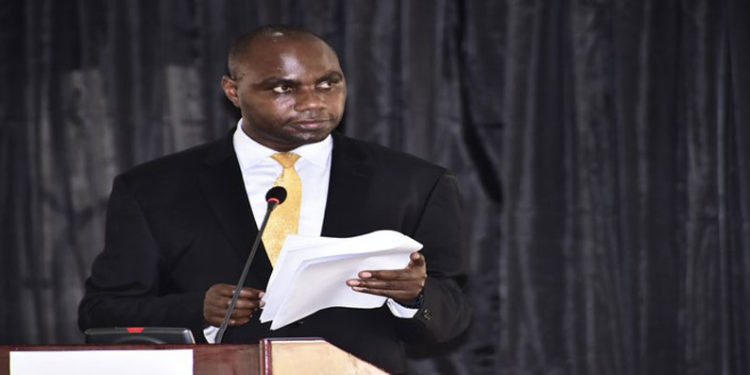 Rwakifari summoned all NRM flag bearer aspirants on Member of Parliament and LC5 chairpersonship seats on Thursday to forge ways of ending the rift, in a security meeting that was held at Volcano Hotel in Rubanda town council.

Two weeks ago, Musasizi accused Biryabarema of defacing his posters in Ihanga and Kagarama in Bubaare Sub County as a way of weakening his popularity.

Last week, Musasizi and his supporters arrested and handed Julius Bishangwaho, a resident of Kyokyezo in Nyamweru Sub County, accusing him of defacing his billboard in Hakashenyi trading centre same sub county under the influence of Biryabarema. Bishangwaho who was later released on police bond refuted the accusations saying that he was waylaid by Musasizi’s supporters on his way home from pursuing his personal business.

Musasizi has also been accusing Biryabarema of stealthily training what he called hooligans to disrupt party elections by confiscating nomination forms. He also argues that Biryabarema is organizing a mission to kill Musasizi’s supporters.

Now, during the meeting, Biryabarema demanded that Musasizi’s accusations should be fully investigated by security so that he produces proof, than making false allegations to create hatred among voters so that he gains popularity.

Gad Bukenya, one of the Rubanda west county MP aspirant seat and the incumbent Rubanda district woman Member of Parliament aspirant, Prosy Akampurira Mbabazi, said that it is the time for security in the district to be keen and help in neutralizing all aspirants who use hate campaign to gain popularity because Rubanda still need to develop after political season.

In the meeting, Rwakifari condemned political bickering saying that there is no reason for aspirants with a common cause to start unnecessary fights, adding that there should be reconciliation because an election is not a do or die and people still need each other after the exercise. He however asked candidates to always report any allegation in order to help in the investigation.

Musasizi never attended the meeting and when contacted by our reporter about why he failed to show up, Musasizi instead angrily faulted the reporter for only targeting controversial news stories than asking him how he is going to win an election and his performance in the district.