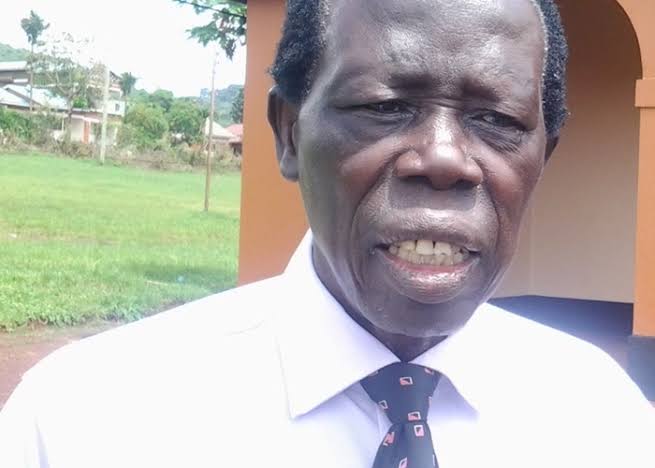 No sooner had Forum for Democratic Change (FDC) posted an update on the result from the Jinja city Mayorship primaries than the angry youthful Ugandans descended on them with an overdose of ridicule over choosing an overly aged candidate over younger candidates.

In the elections that took place on Wednesday 5 in Walukuba in Jinja City, the elderly former lawmaker Frank Nabwiso won the three man race with 41 votes ahead of Mbentyo Meddy Khalifa and Talugende Moses who managed 11 and 02 respectively.

Upon confirming the news, Najjanankumbi weren’t willing to lose any moment in celebrating the milestone with the once upon a time outspoken current regime critic, hence the congratulatory message.

The update however, received a swarm of written protests from a section of Ugandans who seemed dissatisfied with the choice of a person of advanced age at the expense of the young generation.

Below are some of the verbal artilleries projected at the Najjanankumbi outfit after the announcement.

“FDC you are a very big joke to this nation and to the youths. This guy should concentrate on editing his will.” Protested a one Luwagar Luwagar.

Justus Amanya Joshua: What’s happening! Uganda is the youngest population in the region. How are those old chaps supposed to fight off Museveni?

Lawren Kibuuka: These now should be political advisors to the young generation. It’s because of this selfishness that Museveni is still ruling us.

Zabu Brian: As if there is no any young people in Jinja! This nonsense must stop and we start thinking of the young generation a head of these old people because they have also gone to school.

Although Nabwiso’s election attracted severe reprimand from some naysayers, it was also hailed in the same measure, with some people arguing that his seniority in age and incorruptible integrity are all that are badly needed by the new City whose previous leaders have plunged into endless corruption scandals.

According to a one Lugada Joseph, the respected senior citizen [Nabwiso] will help a big deal to end rampant land grabbing in the city.

” We must put an end to land grabbing in Jinja, ” he commented.

A one Kibuuka Newtown hailed the former Busoga University Vice Chancellor as one of the best brains in the region, reminiscing his golden days in Parliament where he gave Museveni sleepless nights.

” One of the best brains who gave Museveni a hard time in Parliament. Incorruptible! ”

Former Makerere University researcher Dr Stella Nyanzi did not reserve her praise for the her fellow academia either as she sent him a congratulatory message expressing her trust in the elderly citizen.

CHAN: Uganda drawn in Group B with ‘deadly’Cote D’Ivoire, Zambia and  Namibia