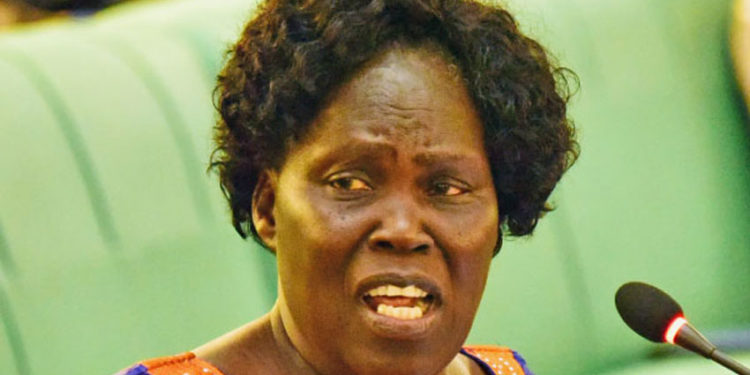 The Leader of Opposition Betty Aol Ochan has said that women representation should be looked at as a priority as parliament finalises the legality of the five new seats for the elderly in the August House.

According to Article 78(1) of Uganda’s Constitution of 1995, the composition of Parliament includes members directly elected to represent constituencies; a woman representative for every district; representatives of the army, youth, workers, persons with disabilities and the Vice-President and Ministers who, if not already elected Members of Parliament, serve as ex-officio members without the right to vote on any issue up for a vote.

In regard to the above article, Aol now calls for an addition of women than men in the representation of special interest groups in Parliament. “We should not be satisfied with only one woman out of five, we need to increase the number of women in the House,” she said.

Aol’s demands follow the cabinet’s approval of representation of elderly people in Parliament. Last week while addressing the media, Minister for ICT and national guidance, Judith Nabakooba said that the new plan is intended to give the elderly a voice in Parliament.

“There have been calls from many groups requesting the government to create seats for the elderly in Parliament so that their views can be heard. Cabinet has approved the five seats,” she said last week

However while on the floor during Wednesday’s plenary Ndorwa East MP, Wilfred Niwagaba said that if there is a need for the introduction of a new category of representation in Parliament, it must be done through an amendment of the Constitution, not through a motion to avoid disrepute that Parliament has always fallen in.

Adhering to Niwagaba’s request, Speaker Rebecca Kadaga tasked the responsible Minister for Justice and Constitutional Affairs Prof Ephraim Kamuntu to prepare the bill for the amendment of the constitution.