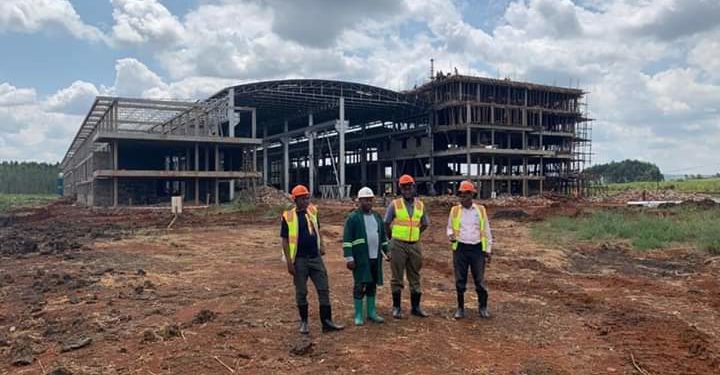 A week ago, seven factories were opened in Namanve near Kampala. The president was there as ever to launch them. As ever, none of these factories which will make stuff such as tarpaulins and gumboots belonged to a Ugandan. It seems foreigners are seeing what we can’t see.

What makes foreigners set up factories while we happily board the planes to go to China to import stuff the Chinese are happy to make here? There are many theories I hear one being that the government favours foreigners. I don’t want to agree.

Foreigners come from a background where stuff are made and have understood that making things isn’t as difficult as many Ugandans think. The seven factories, according to The New Vision, were worth a mere US$12 million or approximately Shs44.4 billion. Each factory, therefore, cost just Shs6.4 billion. These seven factories will employ more than 2,000 people.

This sadly reminded me of the debate some Ugandans love to make about manufacturing and assembling especially when it comes to vehicles. These Ugandans like to argue that you can’t manufacture cars in Uganda (yet 90% of buses on Ugandan roads are made in Kenya). That you can only assemble them and therefore that Uganda has not manufactured a car!

Can anyone manufacture a car? An average car has more than 20,000 parts. Carmakers the world over source parts from the global automotive value chain. This value chain is comprised of hundreds of companies majority of which many of us have never heard of.

I drive a small Japanese car. At the back of its key, there is a logo of the carmaker and something in small print that reads “Omron Corporation.” Omron Corporation made the key system as well as its automation system that detects many stuff including rain and whether I need a break from driving or not among others. Another company called Takata made its airbags. The music system is from Sony while the tyres are from Bridgestone. I can list many other parts but it will bore you.

If you are keen about cars, you will also notice that some vehicles resemble each other even when they carry a different nameplate. Spear Motors sells Fiat Fullback Double Cabin pickups that look exactly like the Mitsubishi Sportero double cabs sold by Victoria Motors. The Tata lorries of the 1980s, if you are above 40 years old, that belonged to your school look exactly like the Mercedes Benz trucks of 40 years ago. South Korea’s Ssangyong Musso has a partnership with Mercedes Benz to use its technology same way Kiira Motors works with China electric car giant CHTC. There are many collaborations when it comes to the production of stuff. Buying parts or technology from the various suppliers is how stuff are made. If you are reading this on iPhone, know that Apple made no single part of what you are holding. Every part comes from somebody in the smartphone value chain.

Let us bring this closer to home. Think of Kampala Serena, a 5-star hotel in Kampala. They prepare a buffet every day. The stuff they use to make that buffet comes from various suppliers from the food value chain. They don’t grow matooke or peanuts. They make no cooking oil. They don’t produce cooking gas either. Many suppliers bring the ingredients that Kampala Serena uses to make the buffet. Serena designs the menu and their chefs decide how it tastes and how it is presented to the customer. And ladies and gentlemen, cars are not made any different from the way Kampala Serena makes its food.

The foreigners have understood that any product is made by many suppliers. That is how they come here and set up factories to make or assemble TV sets and fridges as we Ugandans fly to Dubai, of all places, to import finished products. We like to argue that something isn’t made in Uganda simply because many of its parts were sourced from suppliers from all over the world.

The foreigners simply say this is Ugandan made, walk into Uganda Investment Authority and get tax incentives. In a few years, the foreigners who come here with little money are billionaires while we Ugandans are crying of slow business. We are happy to call them to employ our kids who we were paying Shs2m a term for 19 years. If you have been importing TV sets and fridges, I am sorry but Hisense is going to lead to the closure of your shop. If you used to import ceramic tiles, you know this so well.

Ugandan entrepreneurs must think beyond importation, stop arguing that they can’t make anything and line themselves up to become suppliers of parts for the factories that are being launched every day or set up these same factories.

Kiira Motors is building a factory in Jinja to make vehicles. Can’t a Ugandan set themselves up to provide nuts and bolts? What is so difficult in making brake pads for vehicles? Why do we still import car wipers and even headlight bulbs? How can we be so happy to replace parts in our cars with the junk that is sold in Kisekka Market? If we have managed to wear new face masks made by Ugandans, why do we still wear used underwear?